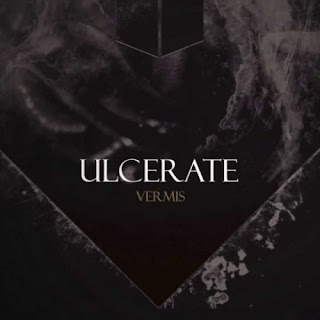 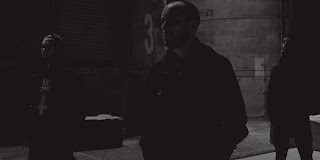 After a pair of early recordings that garnered some respect in the technical death metal world, Ulcerate really rebounded from some line-up changes with their 2011 album The Destroyers of All. With that album came much more attention and far more interest in what the band were doing, shifting away from many of the typical sensibilities of the tech-death genre. So after the success of that record, this follow-up had quite a lot to live up to.
Since blowing up and more or less helping to define what's becoming known as "post-death metal" with the aforementioned previous full-length it appears as though Ulcerate have taken a step back and taken perspective with this new album. Where early albums drew, more or less, from the same fountain of ideas that other band in the whole technical death metal realm drew from, the band has actually slowed things down and become more progressive by not being quite as frenetic. As much as I do enjoy albums like Of Fracture and Failure and Everything Is Fire, the latter clearly having enough spots that signaled a shift in tone even then, I don't think there's any debate that the band clearly found their sound when they stopped trying to play as many notes as possible and smash together every riff they wrote into a single song. The balance between sludgy dissonance and more traditional technical speed is one that never loses intensity, which is something I deem worthy of praise because it isn't as if the slow part is where things will calm down and allow you to catch your breath, that tension is never released but maintained throughout.
I don't think it's any shock to hear that the performances on here are top notch. As a guitarist Michael Hoggard weaves any number of spastic lines through these songs and fuses them together with some of the most dissonant and disorienting low-end slugs I've heard all year. While neither speed appears to be all that difficult for him to play it's the changing of paces at the drop of a hat that really impressed me. In the likes of Confronting Entropy it can appear as if you're listening to two different songs because of the way he interweaves the two speeds together so seamlessly. Of course saying that the tempo shifts are impressive wouldn't be worth bringing up without mentioning drummer Jamie Saint Merat, who simply owns his respective instrument. He perfectly matches with Hoggard's frenetic playing style, he can blast with the best of him but he's also more than capable of slowing down into more simplistic and doomy minimalism based on his work on here. I also have to give him credit for him being the drummer who really got me interested in the idea of slow paced riffing with intense, double-bass kicks underneath it (I'm sure other groups have done it before Ulcerate did, but I would claim that these guys do it in a way that far surpasses almost any other group I've heard do it). While I can't say that Paul Kelland's vocals stand out too much from his peers, I do think his bass is the padding between the guitars and drums. I kind of wish the bass was a bit higher in the mix so his playing could be better heard and not just his accenting (which is great, if that needed to be clarified). But there isn't a bad performance on here.
While I don't think this album will be as massive a hit as the group's previous full-length was, as a follow-up album to what could be their breakthrough release, it's very good. I feel this has sort of been overlooked and I've seen some people claim that it isn't a good as the newest Gorguts release, but if you leave that out of the equation all together, you still have a fantastic album that stands up as one of the best death metal albums to come out this year. Definitely don't pass this one up.
Overall Score: 8.5
Highlights: Clutching Revulsion, Confronting Entropy, Await Rescission
Posted by maskofgojira at 2:51 PM