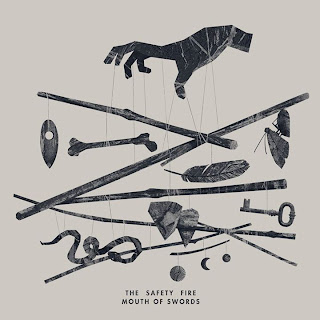 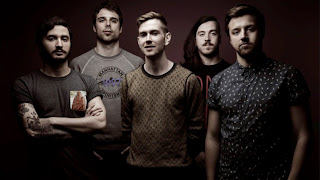 I've been following The Safety Fire ever since a friend from high school showed me them back around the time their first EP came out. Since then I've actually found myself enjoying the band's music and not cringing at the vocals and found myself rather taken with their Grind The Ocean album from last year. Although I had heard that the band already had new material written I didn't expect a follow-up album to be released merely a year later.
For all the praise that was given to Grind The Ocean, it was a record that had it's weaknesses. In listening to this full-length, it struck me that the previous record was a bit of a transitional record, coming from the more aggressive sound found on the Sections EP the band had crafted an album that had it's fair share of those sort of songs, with two tracks being redone and put onto that record, while also having tracks that showed their more melodic side. This album is the extension of that sound. The majority of songs on here definitely show a more melodic side to the band without losing their signature technicality. This is clearly most noticeable in the vocal department with Sean McWeeney not only utilizing his cleaner voice for the majority of the record but also showcasing more of his range. His screams are used, but even compared to the amount used on the previous full-length, their presence has been lessened.
I give the band credit for really bringing things down more often on here than either of the previous releases, or in fact the three tracks released before the album, because it certainly isn't expected. Having transitional passages between songs or calm sections in songs isn't all that bold a thing to do, and the band have done it before, but I was rather surprised when a track like Wise Hands popped up on here and was soft and calming for it's entire running time. I Am Time, The Destroyer also exhibits a softer side to the band that, I think, balances out their more frenetic and technical metal side through the use of cleaner jazzy passages.
In regards to the songwriting on here, based on the three songs I had heard before the album was released in full, being Red Hatchet, Yellowism, and Glass Crush, I had more or less figured out that this album would prove to be a bit more of a grower than either of the last two. I wasn't crazy about any of the tracks I mentioned the first few times I heard them but more and more they started to work their way into my head, though I will say that I think Glass Crush is the weakest track on the album. Frankly, it's probably just me who needed time to really grab onto these songs (because I've seen many comments of people liking this immediately) but I wouldn't rule out giving this thing a couple listens before you decide it isn't for you.
So despite my caution based on my first few listens of the three singles, I would say that I actually managed to not only be more impressed with this new album but also enjoy it more. It broadens the scope for what the band can bring to the table and is hopefully a nice point to launch off of in future experimentations. If you're a fan of technical or progressive metal definitely give this one a listen, if you haven't already that is.
Overall Score: 9
Highlights: Mouth of Swords, Red Hatchet, The Ghosts That Wait For Spring
Posted by maskofgojira at 10:49 AM