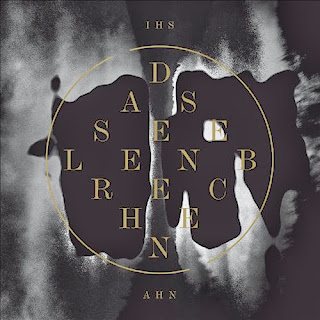 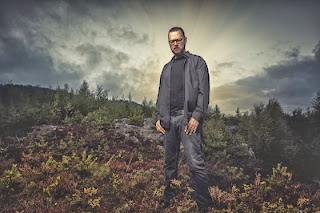 For all the success that Emperor had, to me at least, it seemed that Ihsahn's career really took off once he went solo. Exploring more eclectic influences that his former band only touched in its final years, he became one of progressive metal's poster children for the extreme side of the genre. After last year's Eremita album, I don't anyone expected another full-length so soon but once I read how the man had approached this album it did become clearer.

When the first track from this album was released, I read a short article where Ihsahn said that he approached this record in a different manner than his previous work. Utilizing improvisation more so than in the past in regards to the construction of these songs gave them more room while trying less to make a cohesive to make an album that is consistent in sound from start to finish. I specifically remember him mentioning Scott Walker as an influence in his approach on here, saying he wanted each song to stand alone and be viewed as its own sonic portrait (in a sense), which does lead to a less whole feeling album but one that has more of a sporadic feeling. Having become increasingly progressive and experimental with each album, he didn't view this so much as another step forward for himself as much as a sidestep. Knowing all of this before hearing the entire record I think effected how I viewed the album because, while I certainly don't view this as the man's finest release, I think I have a higher view of it than it appears many other people do - based off of the couple of reviews I've read.

One review I read definitely seemed like the essence of fanboy-ism though (and that made me laugh). You could tell that the writer was a big fan and his review came across less as "I don't really care for these songs" as "I don't like these songs but Ihsahn wrote them so I'll give it a pass." I believe that that view will be shared by many, because about the first half of this record, while different, still has a similar through-line to the man's typical wellspring of influences. Whether it's the more symphonic approach taken on Regen or the Opeth-compared progressive tendencies on NaCl, these are ideas that Ihsahn has played around with in the past and are easy enough for people to accept. Even the trip-hop highlight that is Pulse recalls a bit of what he did in Peccatum, it's really around the halfway mark that I think things go sour for most people, or if you're like me, where Ihsahn just decides to go for broke and do whatever he wants.

The one-two pair of Tacit 2 and Tacit definitely take things into a much more avant-garde direction with drums just going wild underneath more doom-ish (I guess you could call this approach doom) guitar work. It's definitely both a stylistic departure for the man as well as a tonal shift on here. Where the first four songs, as I said above, drew from a similar pool of influences as his previous records have, from track five onward, you're getting a much bleaker and less song driven approach towards songwriting. There's very little to actually latch onto when the music decides to either take a more abstract approach or when the music becomes more ambient - as it does in the last couple of tracks. Minimalism becomes a much more commonplace in the next few tracks as songwriting appears to focus from writing songs based on riffs, hooks, or whatever to writing pieces focused on atmosphere and ambiance. Perhaps the most significant track on this second half for me was the late 60s/early 70s sounding blues sounding M. Starting off, frankly, slow and somewhat dull, once the guitar comes in it sounds like Ihsahn has been listening to a lot of Robin Trower's Bridge of Sighs while closer See is the closest thing to drone metal I think the man has even drone - coming across like he's trying his own brand of Sunn 0))).

As an experiment in songwriting and stylistic exploration I think this album works, but as a whole the back half is rather hit and miss. Many people have already written reviews/comments claiming this album to be awful and that it was a huge letdown, to each their own I guess, but this isn't a bad record, it's just a side-step away from what Ihsahn has been doing. If anyone read the article I read, maybe they'd see this record slightly differently.
Overall Score: 8
Highlights: Pulse, Tacit, M
Posted by maskofgojira at 11:04 AM