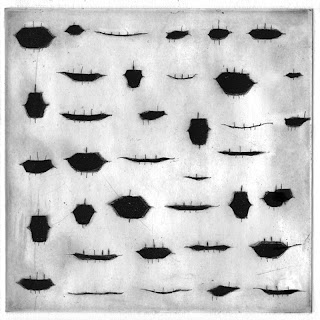 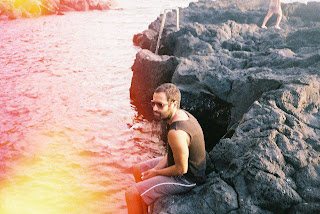 Locust of The Dead Earth was a project I can honestly say that I never would have heard of if it hadn't been sent to me. I don't mean to degrade it but it's the truth because it being a debut album and a rather small, experimental one, I don't think I'm wrong in saying that many others might not either. I listened to this within the last week because the title caught my eye (when I was skimming through possible review items) and it certainly wasn't what I expected.
Despite my initial hesitation over this album, and how vague (purposeful or not) the experimental tag is, this album proved to be a much more diverse and interesting release than I could have ever predicted. I had half expected this to be experiments with drone and ambient music, possibly electronic and/or industrial music, and while some of those styles are present in this album, there was a sizable amount of more guitar based musical styles on here as well. On just the opening track, Mithridate, the project draws more from the worlds of minimalist folk music and doom metal, and those ideas can be found throughout the entire album. There's just so much going on in this record in terms of genre blending, and on that level alone, it impressed me. From distorted held chords, repetitive acoustic lines, effect drenched vocals, and all the way to the watery synths, it's all a matter of making them all fall into place without making it sound like a mess, and that's exactly where this record succeeds. Plenty of bands attempt to fuse genres together, and many wind up crafting something that's barely worth the time I'm sure they invested in creating their sound, but on here, it comes across so naturally. The stylistic combinations and shifts throughout the record are pulled off effortlessly.
So I guess the question that remains is that with all of this genre fusing and stylistic shifting, is this record even all that memorable, and unfortunately, I have to say no. Aside from a few choice songs, this isn't a particularly memorable album at all. For everything it has going for it in terms of sonic craft, as a sheer enjoyable experience, it isn't particularly exciting or memorable. Mind-bending? Sure, but not breaking. And really, that's the only real fault I have with this record, it crafts moments, but entire tracks really don't stick with me after the record reaches a conclusion; and it's really a shame. I think it's also a shame that more emotion isn't expressed on here, because as The Crown of Solomon John clearly shows, there's is a breadth of emotional weight to be carried within these songs, but several of them just feel like experiments in genre fusing. Successful genre fusing to be sure, but they don't really go beyond that. I just want to see (really hear) this project live up to what tracks like the one I just mentioned showcase. There's real depth and a mood that lingers. It doesn't have a pop hook, but from a project like this it doesn't need that. To be memorable when it comes to more experimental and adventurous music like this, I just need it to create something that lingers, whether it's mood, emotional resonance (which is subjective but if it's there for me I will bring it up), or whatever. It just needs to tap into that wellspring a bit more.
So yeah, that's pretty much all I have to say on that. This is a solid record, and I really enjoy what it's trying to accomplish, there are just a few areas where I would enjoy it expand and explore a bit more. For it's exploration alone I'd say to check it out, but definitely check out the three tracks below because they show that there really is something in here that, if tapped into correctly, would transform this project into something really special.
Overall Score: 7
Highlights: They Didn't Seem Miserable, The Crown of Solomon John, Spiral of Self Destruction
Posted by maskofgojira at 7:55 PM