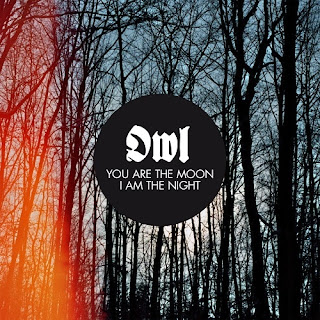 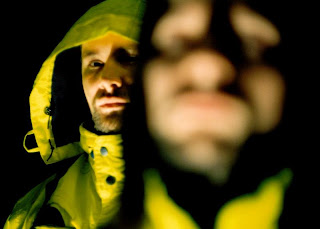 I am a big fan of the work of not only Christian Kolf but of the work released by Zeitgeister Music. I think that both consistently back projects that are interesting musically and manage to bring a certain level of high quality to each release that is commendable. I was a big supporter of the first Owl album released several years ago so I was extremely interested in hearing where the project would evolve from their debut.
Immediately from the opening minutes of this album Kolf makes himself and his ideas be known to the listener, what you're in for is not as brutish as the last album but a much more fluid and progressive one. The ambiance that closed out the last record is much more prominent in the death metal tracks on here instead of separate from it, whether intentional or not. Atmospheric melodies weave themselves in and out of the angular guitar riffs that create this record. While the riffs on the previous full-length certainly didn't stick to traditional low-end chugs and slams, this album breaks out into, as I said above, more progressive territory. Guitar riffs drift from the typical genre tropes of death metal, and doom metal, even more on this album and a bigger black metal influence can be heard in the style of riffs that are played instead, with what I would say is a bigger use of dissonance and jagged sounding chords. But there's also a greater use of dynamics on here as well. While it's fair to say the majority of the album is heavy in one sense or another, there are a couple of moments where things do come down, and calm down, and allow you to catch your breath.
But like I mentioned above, this album blends the ambiance and the metal aspects of the band's sound that was separate on the self-titled record. Personally, that was the biggest downfall of the last album, as much as I loved the four metal tracks, I just felt as though the closing ambient track, which was around thirty minutes long, was just too overextended for its own good and wound up bogging down the rest of the album. This album, fortunately or unfortunately closes in the same way with Levitating Into Elysium being an ambient closer as well, granted though, it is a shorter one. But you'll clearly notice that the tone of this record is less claustrophobic and bleak sounding and instead feels more airy (in a sense...) and open. At it's most melodic you have a track like Memories of Dead Dreams which has a middle section which just opens up in a way that wouldn't be out of character in a post-rock/metal song. It's just really well done and it contrasts the darker tone that came before it (both in terms of literally what happened in the song and the three tracks prior). So in that way, it's also fitting that the album's brightest moment leads into the the ambiance of closing track.
It's a great album, no doubt, but once again, I just wish it was longer or that there were more songs. Without the interlude and closing ambient track there are only three "songs" on here and I just wish there was more. But if you enjoy progressive oriented extreme metal, definitely do give this band a shot because this and the self-titled record are both great!
Overall Score: 9
Highlights: You Are The Moon, I Am The Night, Memories of Dead Dreams
Posted by maskofgojira at 4:32 PM