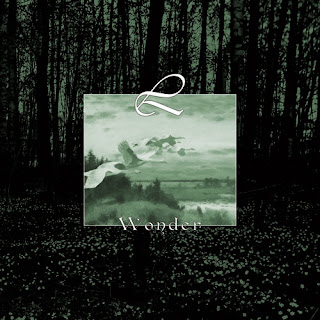 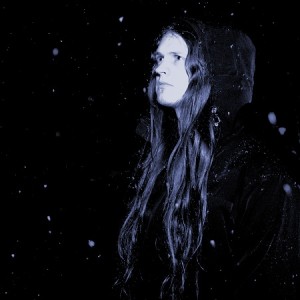 What is there to say about the one-man project that is Lustre that hasn't already been said before? Nachtzeit has been keeping this solo project going for several years at this point, to some might say that the "gimmick" of the band has long since past its sell by date. Despite that it's a band that I do have a fair amount of admiration towards after releasing several albums.
The style that Nachtzeit has created for this solo project is one that, I think, when he first revealed it on his first couple of recordings, did impress and interest a lot of people. In recent releases though, I do think that some have become somewhat fed up with the style though. I mean, I can recall looking into Lustre before ever having listened to any of their albums and it was described, as above, as "atmospheric/ambient black metal," which to me puts it in league with the likes of Lunar Aurora, Burzum, and Darkspace, but obviously that's not the sound of any of Lustre's albums. To an extent I guess you could say it's closer to the work of projects like Paysage d'Hiver or Velvet Cacoon. While extremely distorted guitars and bass are present in nearly, if not all, of the material released thus far, it rarely moves out from the background of a track and takes a leading role. Instead the synths have always taken the lead through melancholic and rather hypnotic melody lines that run through an entire track.
I get it, it's not exactly the most meaty of soundscapes to dive into. There isn't a bunch of distortion and what not to look further into. If you pay attention you can hear a majority of what's going on in the synth department while what happens in the background isn't all that different from song to song, to be honest. In terms of depth, I wouldn't come to really any of Lustre's albums, but that's just me. So when I do put on a record from this project what I want is to hear melancholic atmospheres with, I guess what I consider to be poppy lead melodies playing over top. I've learned from previous albums, and this isn't a great thing to really say but, if you dig the melody that's being played for the first minute or so, chances are you'll dig whatever the rest of the track has to offer. That's not a great thing to say about an album at all, but if this is the way that Nachtzeit is going to continue making albums, that's going to be the way I keep judging his work. I knew from my first listen that the two tracks mentioned below were going to be the highlights. They stood out over the other two, and it's not that these other two were bad, but to me it was obvious which tracks were going to stick with me longer. After a while it sort of becomes one of those things where you start to wonder if there is anything more to this project. With the band's I mentioned above, they experimented a lot more with various textures and soundscapes, and with Lustre (and feel free to disagree with me here) it sounds like it's a one or two track pony and Nachtzeit is just repeating himself.
To me, this doesn't exactly rival the originality I heard on, or the experience I had with, albums like the Welcome Winter EP or A Glimpse of Glory. What's on here is perfectly solid material, but not really much more than that. If you're a fan, chances are you'll dig this as well, but if you are getting tired of this style from Lustre, this won't be the album the one that'll regain your faith in the project. It's not bad, just average I guess.
Overall Score: 6.5
Highlights: Moonlit Meadow, A Summer Night
Posted by maskofgojira at 9:26 AM