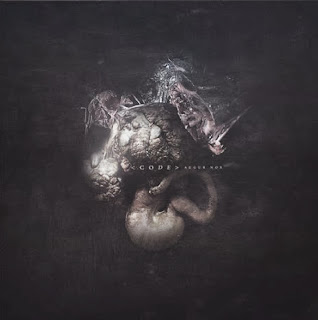 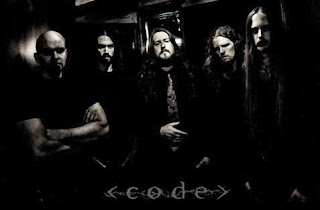 Back when Resplendent Grotesque was released in 2009, I was still somewhat new the worlds of interesting new black metal bands, but that record certainly showed me. That record turned out to be one of my favorite albums of the year but things were unfortunately cut short when I had heard that vocalist Kvohst had left the band. I was unsure how the band would continue but knew that their next record would definitely be a make or break one for me.

Luckily it's clear from song one, Black Rumination, that new vocalist Wacian is a more than worthy successor to the voice that graced this band's first two albums. Because I knew the band were more than capable of writing a solid instrumental backing, it was all riding on whether he could do something that would match his predecessor and Wacian, who I had not heard before, definitely picks up where Kvohst left off. His screams definitely fall into that category where distinguishing him from others may be hard but his cleans show the reason why he was chosen to fill this position. The band made the wise choice of picking someone who, tonally is very similar to Kvohst while not sounding like a copy - and boy did they luck out with this guy. In a way his voice also brought to mind a guy like Maynard James Keenan which I thought was a really interesting trait that I don't often hear in extreme metal (of any variety). He also manages to retain a sense of personality throughout, with a track like The Lazarus Chord particularly showcasing his variety and skill, at least in my opinion. He brings, I think, a more vibrant persona to the band, though he is not as theatrical as his predecessor sounded. The vibrancy comes through in tracks like Ecdysis or Trace of God where he really appears to bring an energy to the band that I haven't heard from them.

In terms of the instrumental backing that the rest of the band provide, it does sound as though they are pursuing a bit more of a melodic tone than their previous two full-lengths. The songs definitely have some really interesting chord progressions throughout but there's a greater emphasis on melodies, both from the guitar and vocally, than atmosphere. One of the more interesting things I heard on this record were the solos, which were surprisingly bluesy. I've said in other reviews how the whole black metal mixed with blues rock or rock'n'roll is something that's been picking up steam in the last couple of years, but for a band that's been more on the progressive side, I was just shocked at how bluesy they could get. I also found it pretty interesting how the album moved away from more traditional black metal ideas as it progressed. Forgive me for believing that you could call the last third of the album simply progressive metal with almost no black metal traces beyond the harsher vocals. If I was being honest I would say that if there's a weakness, this album is perhaps not as consistently memorable as the last one was, but there isn't a song on here I would call bad.

I really enjoyed this record and I think it's another step forward for the band in a continual evolution and I couldn't be happier with their progression. This, obviously, surpassed my expectations and it's very much worth your time if you're a fan of more progressive leaning extreme metal. I can only hope the band continue to make leaps forward and produce albums that surprise me. You'd be a fool not to check this one out!
Overall Score: 8.5
Highlights: Grimlight Tourist, The Lazarus Chord, Trace of God
Posted by maskofgojira at 8:38 AM