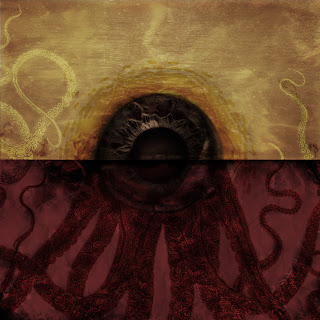 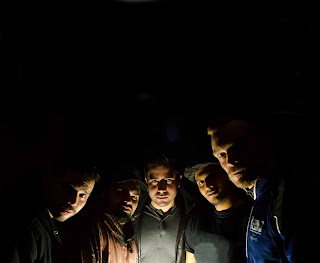 I usually don't pay much attention to press releases, either from PR companies, usually because they're paid to hype a band, or from the band, because obviously they're going to hype themselves, but when I got an email from Gyre it did catch my eye. I know the term "post-death metal" (is it even a term?) is still rather new but it was interesting to hear a band call themselves that. It's not much but that was enough to grab my attention and give this release a try.
Before being sent this album I had never heard a band actually label themselves (either by the band members or by a press company) as "post-death metal", that was just some made-up genre that I've referenced after reading about it on another review site maybe a year or so back. So from my understanding of the bands that were in that "sub-genre" Gyre would sound more akin to groups like Ulcerate or Mitochondrion but that is not what they sound like at all. In fact while I will say that compared to most bands that have as "modern" a sound as these guys do, at least on here the band does give more attention to atmosphere than one might expect. I have to confess that I was rather disappointed when All Revealing Eye turned out to be little more than a more technical sounding deathcore song and it didn't bring any of the attention to interesting structures or density that I would associate with the groups mentioned above, though things only improved after that track. The following three tracks did show significant improvement with Ever Devourer simply being a better written track and Circle to Feed and I Receiving All bringing, what sounds to me, more of a Deftones-esque sort of influence into the picture. Also, it's impossible to listen to the syncopation taking place in these songs and not call out the Meshuggah influence, which, is something that is clearly well done I think is something that I would like to hear this band get away from in the future. There are moments on here where they do deviate from that and I think it would bring a bit more character to their songwriting if it wasn't so precise sounding and was a little bit more creative on the drumming front, but that's just me.
This clearly won't be for everyone, because it doesn't fit squarely into toughguy deathcore/brocore chugging and breakdowns but it also it's as atmospheric or dense as the press release led me to believe, instead falling more into the technical/progressive area - which isn't a bad thing. This certainly isn't a bad release, as the last three songs definitely show promise, but I guess I would advise those who get press releases to not take them as seriously. But this band has talent and if you're interested in more interesting deathcore/death metal groups give this one a try.
Overall Score: 7
Highlights: Circle to Feed
Posted by maskofgojira at 3:33 PM