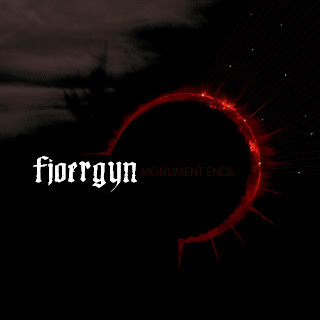 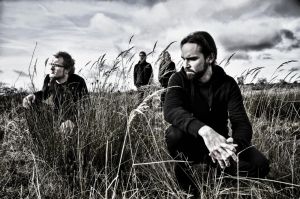 I first found out about Fjoergyn several years back with their 2009 album Jahreszeiten, which just blew me away. That album wound up being one of my favorite releases from that year because it was just way different from what I expected it to be. Since then I've been waiting for a new album from the band and this year, I finally got it.
I put Fjoergyn in the same category as a project like Mirrorthrone, in the sense that both projects are working within the symphonic black metal genre but actually doing something interesting with it. Unlike the dozens of carbon-copy Cradle of Filth (the 90s one) or Dimmu Borgir (the 90s one) or Emperor (all of it), a band like Fjoergyn takes that foundation and uses it as a launching pad of sorts to bring newer ideas to the table. Frankly, I would say a record like Emperor's Prometheus - The Discipline of Fire & Demise would be a much more likely starting point for a band like this one. It has all the orchestral and symphonic touches, but the guitar work definitely leans more towards the progressive and technical (to a degree) side of things. I would also argue that the orchestrations used throughout this band's work have featured more intricate and interesting symphonic parts than the majority of the band's that are labeled as "symphonic black metal", but that's just me. Variation is the spice of life, and this isn't the sort of record where orchestrations play melody because the rest of the band are only playing fast and aggressive, but are used for accenting certain parts, emphasis on others, it's used for atmosphere as well as playing a lead role - you see, it's an up and down thing, and that's what makes it interesting.
Personally, I'm a fan of when a band, despite how technical and/or progressive their music is, still knows that a good riff doesn't have to be mindblowingly hard to play. A track like Thanatos has an opening/main riff that you could probably hear on anything thrash metal record, but it's a good riff regardless and it isn't really strange or technical sounding. It's simple, straightforward, and it draws you in quite easily. It's worth a quick mention that the band make use of folk melodies on several songs as well, it's not new to the use of the genre, but it's worth pointing out. In the typical sense, I don't know if you could refer to them as progressive as a project like Mirrorthrone was, but the variety of styles used throughout the album, the ups and downs in a given song, and the give and take style of instrumentals to vocal work, certainly gives the impression of progressive music. Plus, I've termed lesser bands progressive. In terms of songwriting though, as much as I dug this album, it didn't impress me as much as Jahreszeiten did several years ago. Maybe it's because I just didn't know what the band sounded like at the time that allowed me to be as blown away as I was when I listened to it, but this just didn't match it. Don't get me wrong, this was great, but it wasn't as amazing as that record was.
Not that it's any surprise to know this but the title-track is undoubtedly the highlight on here. Yes it's the longest song on here. Yes it's the most progressive. Yes it's the one that has the most changes in it, perhaps in line with the last sentence but whatever. But would you expect it to be the bluesiest? I certainly wasn't the first time I listened to it, with some solid blues licks and a nice stripped down solo, it struck me more than any other song on here did. In addition to that it also featured the orchestrations that managed to be the most interesting - to me anyway - making more use of brass than I recall other tracks using.
I knew I would enjoy this album, it's a band I already liked, the only question was how much I was going to like it. Like I said above, it didn't do what their last album did, but this is still very, very good and definitely one of the better releases I've had the pleasure of reviewing this year. Definitely check this out if you're a fan of interesting or symphonic black metal, it's really good stuff.
Overall Score: 9
Highlights: Leiermann, S.I.N., Monument Ende
Posted by maskofgojira at 8:07 AM