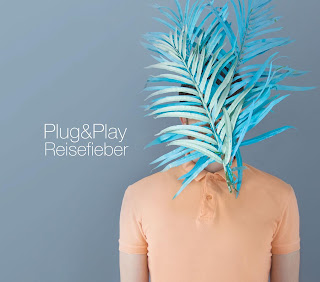 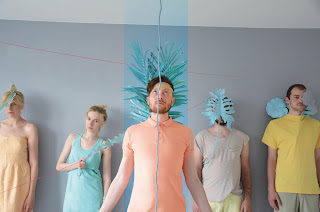 I was sent an email by Too Many Fireworks asking me to give this new EP a listen and maybe give it a word or two on here. Obviously, and I'm pretty sure I say this on nearly every review of this sort, I don't usually cover pop based albums. So why am I even covering this?
For one reason or another I decided to give this little EP a shot (you will notice that I won't be talking about either of the radio edits that are tacked onto the end of this release), I had some time to kill and it fit that time slot. I was actually pleasantly surprised by what I got on here. Yes, the band have a very up-beat, indie pop, at times almost indie electronica, sound but they definitely have that post-punk and new wave vibe in there as well. The throbbing basslines that propel most of these songs clearly have a lineage to that style of 80s music. In addition to that, these songs are just downright catchy. Unlike a lot of what I've been told and heard is indie rock today, these songs aren't obnoxiously drowned in their pop sensibilities. This band clearly has a foot in both modern indie rock but the other is, as I said, in 80s post-punk and new wave music, which I think does make it more interesting that an indie rock band that claims to be "indie" when it's really just badly recorded pop rock. This band knows what it is, it's pop music that just so happens to be more interesting. The fact that the band manage to throw in a saxophone solo on two of the tracks on here also manages to help their case as well. Hopefully that makes some sort of sense.
Despite my apprehension to listening to this EP at first, it is actually really fun and catchy. It's definitely fitting to the summer mood it is here where I live. If you're not particularly interested in more poppy music, this probably won't do anything for you, but if you want something different to spice up your life, give this one a shot.
Overall Score: 7
Highlights: Cities I'll Never Go To, Brand New Day
Posted by maskofgojira at 10:08 AM