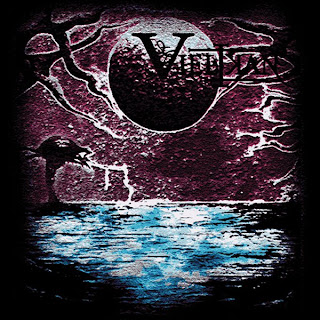 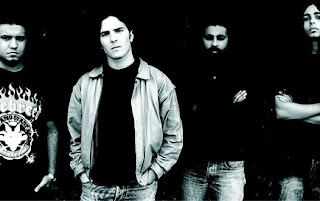 I realize that this album came out a little further back than what I've been covering recently, and rest assured I don't plan on covering any other albums from 2010 this year, this was an album I needed to cover. If only to just break out of the rut of 2011 releases that back up my computer and desk, I needed to cover something that didn't come out last year and needed to get done before I cover anymore releases from this year. What better way to do that than to cover a band I had never heard of and had heard nothing about before they sent me a message.
About three or four years back, before I had really gotten into black and doom metal, I was huge into the whole prog-death scene and religiously looked up any band that had that tag attached to it. In recent years, my interest in that genre has dwindled away, since most bands have failed to leave any sort of last impression on me, besides the already known Opeth, and a couple of others, so I've kind of glazed over any release that has/had come out that had been described as "progressive death metal." Strangely enough, even when I was really into the genre, I don't recall ever coming across Vielikan before they sent me a message. It seems a bit odd to me that I don't think their name ever came up in my searches for proggy and experimental death metal bands, you'd think I would at least remember the name if they did come up. Even though I was hesitant, I checked it out, and it was exactly what I needed to hear from a band that's called progressive death metal.
It might be a bit presumptuous of me to say this since this is the band's first full-length record, but I do think these guys have the potential to match groups like Opeth in terms of songwriting abilities. Sonically, there's definitely a link from the sound Opeth have pioneered and where these guys are on here, but Vielikan seem to take plays from the likes of Atheist and Meshuggah as well. Though it is noticeable on the first two tracks, it becomes obvious on Zero Affection that these guys are more technical than perhaps a good portion of bands within this sub-genre of death metal, though they never go overboard into sounding like they're wanking off on their instruments. Granted, that's not to say the band don't have their moments of simplicity and being derivative, within the same track I just mentioned, there band close out the track with a rather bland sounding riff that sounds like it could have come out of any metalcore bands playbook. I know I've said this in the past, and it remains true, but I love it when I can hear the bass player in a band and on here the bass definitely has a place within the band that isn't just adding extra low-end. Tracks like Black Marsh and A Trapped Way For Wisdom definitely stick out for not only being great songs, but having interesting bass playing that is a bit jazzy at times and deserves to be heard. I should also mention that despite the technicality showcased on some of these songs, there is never a moment where that overtakes songwriting and melody, a song is never about showing how many notes you can play in five seconds or that kind of mindset, it's all about the song, and that's where these guys succeed more so than most other bands attempting this.
If you've been searching for a band that fills in the holes between Opeth, Meshuggah, and Atheist all dwell, this is what you should seek out. I'm very glad to see there are still bands that can still do interesting things even after most of my interest has faded from a genre and bring new love to the genre. This album gets a very high recommendation from me, if you're into forward thinking metal, this is a must for you.
Overall Score: 9
Highlights: A Shelter of Flesh In The Void, Black Marsh, A Vertiginous Fall
Posted by maskofgojira at 1:39 PM