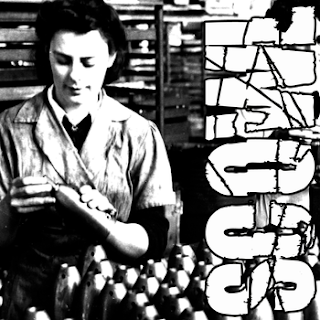 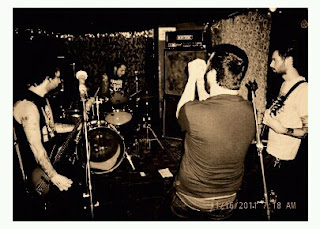 Despite not making it onto my list last year, I did think that grindcore had a pretty solid run last year, and when I was sent this EP I had no reason to question that. I knew as soon as I got this that it was going to be good (just a feeling) and I'll tell you right now I wasn't wrong. In my searches for demos, or where people have sent me demos, I can't recall ever getting or finding one from a grincore band before this one.
What more could you ask for from a grindcore record more than five songs that just tops seven minutes in total. These five songs deliver the punishing intensity of grindcore with the atmosphere of a sludge outfit. It's a cool idea that I haven't heard done all that often before and I think that it allows the band to kind of cross a divide between the sludge and grind genres and find a sort of middle ground where fans can meet. The blues riff that comes in at the end of Manipulation was a little surprising as the rest of the album dwells more or less within the realms of grinding crust or dirge-like sludge. My only real complaint with this release is that I found the snare drum to sound a bit too flat and it stuck out a little too much for me. I was a little worried that because this is a demo, the production would have made this sound sloppy and muddy sounding, luckily, this is not in that vein, it's not super polished, but every player can be heard clearly.
I expected this to be good before I ever pressed play on it and I was right in my assumption (for once) and it did not let me down. At times it might veer too much into sludge for my own personal taste, which is fine, a band's got to be as original as they can these days, but it's by no means a fault. If you like grindcore, hardcore, crust punk, or even sludge to an extent, I don't think you'll be disappointed with this demo.
Overall Score: 5.5
Highlights: Nine, Moribund
Posted by maskofgojira at 4:25 PM