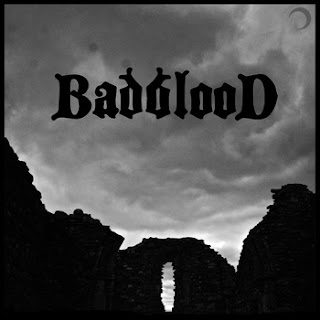 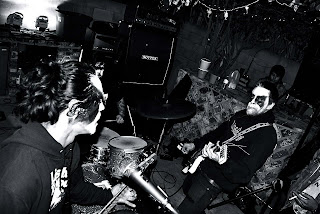 As soon as I saw this demo I knew it would be good, just based on the description I had read for it and the cover itself. Sometimes simplicity, in the case of an album cover, can be the most eye-catching thing and can take you away from tons of other crazy album covers. It was just one of those cases where it just had to be great and I had pretty expectations for it.
Wouldn't it be great if all bands that made had any inkling of an influence from hardcore sounded like they had any passion in their music? Personally, that's one of the few things that appeals to me about the genre, the passion that I can feel from the music, and as I've said before, I don't find it all too often anymore. Sure, an album can certainly still be fun and interesting, but I don't know if I'd want to listen to a hardcore album that doesn't have any passion in it. So what's one here then you're probably asking yourself right about now. Well, you're getting a pretty brooding blackened hardcore record with a lot of sludge in the mix as well. Well, maybe I'm exaggerating a bit, despite their corpse-paint wearing appearance, the music in these four songs doesn't ever really tread into black metal all that often. It's a record that even at its soft, though I don't think that'd be the best word to really describe this record, you can just feel a rising tension that's just bursting at the seams to get loose, hear Crutch. It's moments like this that make me love the genre and make me want to put my fist through a wall in excitement and joy. It's just got that extra punch and grit to it as well that gives it a very rough and in-the-moment kind of vibe (not improvisational though) and I feel that each player just lets everything hang out and isn't holding anything back in these songs.
Not a huge fan of hardcore, still, but it's records like this one that make me interested in seeing where the genre will go because as long as there are still bands like this putting out quality material, I'll keep listening. I know it's not gonna be for everyone but I strongly urge you to check this demo out if this at all sounds enticing to you. Not really blackened, but still very good sludgy hardcore nonetheless.
Overall Score: 5.5
Highlights: Our Baptism, Crutch
Posted by maskofgojira at 2:41 PM