I haven't done a double review in a very long time and I certainly haven't done one for two different groups before but because both of these are demos for groups doing a similar style and both feature one track on them each, I figured I'd give it a shot. 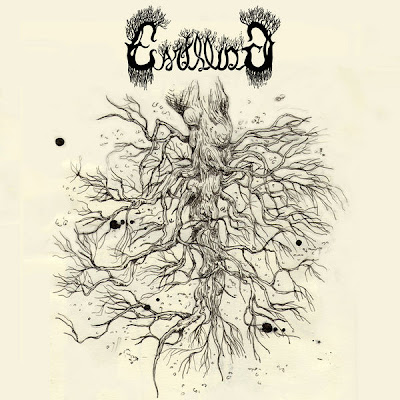 I remember seeing this demo around the net last year and thinking that it came out in 2010 so I didn't cover it but I recently received a message asking for me to cover it, in which I was informed that it was indeed released in 2011. The fact that I was told that the two members of the band only made 20 physical copies of this release available and are practically unknown with no social media site available. If you're into being kvlt, no matter what you think of their style, this duo are certainly approaching it with that sort of mindset.
Now keep in mind, though I do believe this to be more along the lines of a post-black metal sound, it's not like blackgaze. There are certainly some traits within this track that do bring to mind a more blackgaze kind of idea, but there's a rawness and intensity to the song that stops it from getting all wishy-washy or emotional. The closing minutes of the track is where a more visceral black metal sound is achieved, in my mind at least, and the duo break away from the more melodic inclinations that were present throughout the rest of the track. There's also a higher caliber of musicianship on the track that many other groups either don't showcase or aren't able to do, thus leading the track into a more atmospheric and proggy sort of middle section. On a whole, I do think the melodies used on here are quite solid and definitely are somewhere between being post-rock-inflected and just more proggy than typical.
The ideas present are certainly interesting and definitely are enticing enough for me to be interested in what the duo release next. Granted, what's on here is still quite ruff and at times a bit imprecise, but the ideas are there. I will certainly keep an eye on this duo to see what they put out next, and I suggest you take a listen to it as well.
Overall Score: 5.5
Highlights: Howling, Cracking, Writhing... Dead 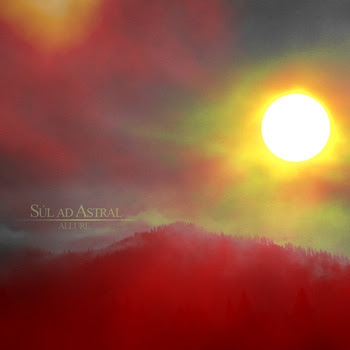 Súl Ad Astral is obviously a new band with a similar idea of being somewhat anonymous on the internet and not revealing too much about themselves. This is, from what I can guess, is the band's first release so a listener's idea of this band can only be built on this one track, a risky idea. So going in with only what it was categorized as, I really wasn't sure what I was gonna get.
When Allure opens, the sound you hear is one that will not shock you but instead remind you what exactly blackgaze is. In complete seriousness, the ideas present on here aren't all that original, but the melodies presented, at least the clean ones, have a more romantic vibe to them compared to many other groups doing a similar style. There's also the acceptance of pure, uncompromising drum-machine blast-beats that run throughout the more aggressive portion of the song. If vocals in this style tend to turn you off you really don't have to worry too much about them on here because they're pretty low in the mix and are pretty much inaudible and only occasionally are actually noticeable.
Despite not really being original, I actually found the fusion of post-rock and black metal on here to be one of the better ones I've heard from a new artist in a while. It's not gonna break down any new doors and open a new territory for black metal, but for what it is, it's well done. If you're a fan of blackgaze I'd suggest at least checking this song out because it does present itself rather well.
Overall Score: 5
Highlights: Allure

Posted by maskofgojira at 8:21 AM