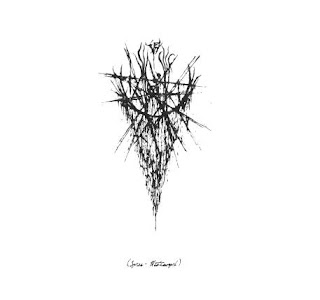 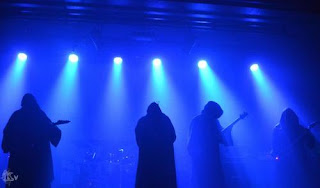 I don't know why, but when I first asked to review this EP I felt like I had already heard of the band. When I looked through my Ipod I didn't have their previous EP and I don't recall ever listening to them beforehand, but I just felt like I had seen their logo, which is pretty badass by the way. I have to say that I am rather glad that I was contacted to review this album because I most likely wouldn't have listened to this band until another year or so would've passed.
As far as the whole "ambient/atmospheric black metal" tag goes, one could seemingly apply it to a whole range of different bands. From the lo-fi depressive aesthetics that Malefic used throughout the entire lifespan of Xasthur to the bleak soundscapes that moved along with a group like Lunar Aurora to the all-encompassing wall of sound that Darkspace utilize, it's all been put under those tags, and yet somehow there is some sort of distinguishing factor between the two. If you asked me how this relates to the sound Spire uses on these four tracks, and an intro, I'd be able to tell from a single listen that they bear almost no resemblance to the lo-fi-ness of Xasthur or other groups that somehow bridge into the whole suicidal/depressive sub-genre. It's closer to being something of a middle ground between the other two groups I mentioned in that the atmospherics used on here are clearly a part of the songs on here but also are not overcoming them, there is a focus on not dragging these tracks out in order to represent some sort of other-worldly presence. Instead, while keeping that in mind, the band display an almost repressed sort of rage within these songs with each track seemingly getting more and more nihilistic as in progresses. By the end of a track like Larva, the song just sounds so massive it's actually a bit unsettling (but in a good way). I also have to compliment the drummer because the way he plays on these songs feels like how I would envision them being played in my head, and that leads me to actually attempting to air-drum to these songs, which has never happened in a record like this.
It's a very strong piece of work that definitely shows that this band is certainly very inspired, and I'd say is on their way to finding a sound that is uniquely their own and on the strength of this EP, I'd say the next release will have that unique sound. Though I came into it with expectations that I'd say were pretty high considering I hadn't listened to the band's previous work, these guys surpassed those expectations. Now I await to hear the next release from these guys with baited breath. I definitely recommend this to anyone looking for some great atmosphere-based black metal.
Overall Score: 8
Highlights: Parturience, Mort
Posted by maskofgojira at 1:09 AM