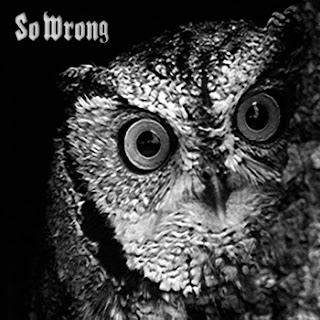 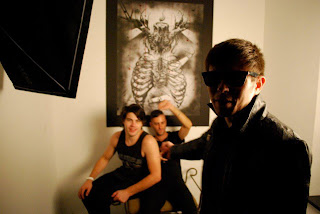 Let's talk about a record that I've had the opportunity to sit with for quite some time. Despite always knowing that I was going to cover this, it has taken me a lot longer to finally decide to talk about it than I preferably would have liked. But now that I've had this record for a while and have sat with it deciding how I feel about it and, obviously now that it's posted, I'm ready to talk about it.
Despite just being under twenty-five minutes in total, I've had to sit with this record for about a month now (obviously I have been listening to and have covered various things as well) but I honestly wasn't sure how I felt about this record. This has really been one of the few times that I've felt so conflicted with my feeling towards an album. It's not even that this record is so complex or dense that it took that long to pierce through it, but it was the songs themselves that put me into a rather awkward position. These eight songs, in my opinion, run the gambit from being really well and interesting to just plain annoying, and unfortunately, it starts off with the worst song on the album in my opinion. I'm certainly not opposed to having simplistic or immediate hooks in a song, but the title-track, So Wrong, just annoyed me to no end. In my mind there's a very fine line between being catchy in the sense that you can't stop thinking and tapping your foot, or humming, whatever you may do, and being catchy in the sense of just being grating and headache inducing, and that song lands more within the ladder than the former. I'm perfectly aware that others should have no problem finding this song catchy, but I just couldn't get past that irritating hook.
Beyond that opening song, I do feel like the album only gets better. In a sense, I would say that the album is divided down the middle, because it's on vinyl anyway, with the first four songs being more up-tempo poppy songs that are quite immediate and catchy and the last four songs being darker and more melancholic sounding, which I preferred. In my opinion, while the band certainly do pop decently, I had it in my head that the band were more of a goth rock band and this was before I even listened to the album, so that's kind of what I wanted. When the band go dark, they do post-punk pretty well and the songs are more engaging and less hook driven. It's also a lot more atmospheric and cold sounding, which even if they weren't being as atmospheric on the rest of the songs, I wish they had at least kept the chilling nature of a song like Under The Moonlight. I prefer the darker side to the band, what can I say, if you happen to like the band being more poppy, good for you.
I don't want to give the impression that this album is bad, far from it, I guess I just personally wish it was more or less what I kind of built it up to be in my head. Pretty much every song is catchy in some way and I do believe that the album has a pretty wide appeal to it, whether your into goth rock or post-punk or just regular pop rock or pop-punk even. I give these guys a lot of credit for trying to be really poppy on one end and really dark and atmospheric on the other, I just would have preferred more of the latter to the former.
Overall Score: 7
Highlights: Mufasa vs Scar, Take My Breath Away, Under The Moonlight
Posted by maskofgojira at 9:08 AM