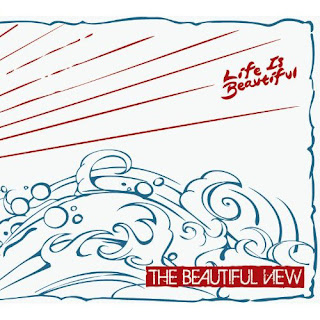 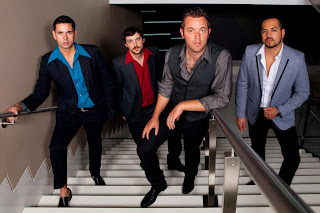 This was an album I felt like I had to cover, I don't know why, but I had to, maybe subconsciously. This is a style of music I'm not usually into or interested in but I just had to give this band a shot. I don't intend to cover a lot of these sort of bands again but if I do end up covering more of them, this'll most likely be the first.
I don't think it'll come to anyone's surprise that this album isn't exactly my sort of thing. The Beautiful View manages to essentially blend a mixture of various sounds from a bunch of different groups, the ones that stood out to me were Modest Mouse, The Strokes, and maybe a bit of Explosions In The Sky later on in the album. Granted, I can say that of those three bands I'm really only a fan of Explosions In The Sky, with the others being more of less bands that I was exposed to thanks to friends of mine in high school. Needless to say, the sounds on this album aren't exactly ones that I'm a fan of. The reason I even checked out the band was because I heard The Horseman and I thought that it was a pretty solid Modest Mouse kind of song, so maybe the rest of the album would wind up being somewhat similar to it. While there are certainly other songs that recall that sound, the rest of the album veers way too far into territory that just winds up sounding extremely bland and radio-friendly.
What I do have to say, in a positive light, about this album would have to be that the production is rather well done in my opinion. The band comes across sounding a bit more rough and distorted than a lot of other indie rock acts that I've heard due to the flourishes of feedback that are used in songs like Bells or Alphabet Judges that manage to color the backdrop of the song just enough to make them interesting. The guitars also have more of a bite than many other indie rock acts I've heard as well as bass lines that actually accentuate the song. They really aren't original ideas in any way, but they work well together and manage to make the songs at least worth listening to from start to finish, which is something I can't say I find all that often from groups that sound like this.
While this wasn't exactly my sort of album I didn't think that it was terrible, it had its moments and I'm sure people who like mainstream music will be more keen to enjoy this than I am. At it's very best it's decent, but otherwise it's just sort of there for me, nothing special or extraordinary in any way. Check it out if you find indie rock pleasing otherwise it's not exactly something that I'd recommend to regular readers of this blog.
Overall Score: 6
Highlights: The Horseman, Mercy Is A Cold Shower, Here She Comes
Posted by maskofgojira at 10:16 AM