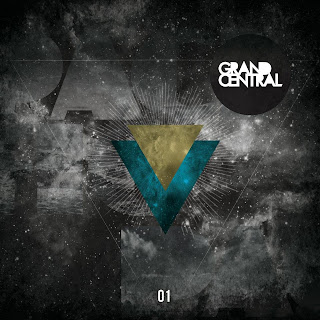 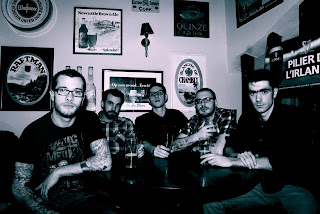 I've had my punk credentials mocked for being quite picky when it comes to groups that I find actually interesting, but there really isn't anything I can do about that, I like what I like. I don't claim to be some sort of expert on punk music, but I certainly know that a lot of what I hear does feel rather trite and inconsistent, both in songwriting and intensity, and I'd like to hear at least one of them in a punk act. So let's cover some punk.
When I see the tag "punk'n'roll" I'm inclined to roll my eyes more so than the average genre name only because the two are more similar than a lot of other genre fusions, plus it just sounds silly. So, when I saw that tag attached to this debut EP from Grand Central I did roll my eyes and prepared myself for the worst; what followed me pressing play surprised me. With My limited knowledge of punk music, I had yet to hear a punk band that took so much from blues, or at least stoner rock/metal as this group. The band certainly maintain a punk aggression, as well as some of the more trademark vocals and chants, but what really got me was the riffs. I never expected a punk band to embrace blues riffs as much as what is demonstrated on here. Though I find the chorus of You Fuck, We Don't... to be rather cringe worthy, the other three songs on here are solid and have some really solid riffs. Every song is also pretty damn heavy as well, which surprised me as well, I didn't expect the rush of adrenaline that hits when these songs get going.
I had rather low expectations coming in because of the whole "punk'n'roll" tag, which I still think sounds stupid, but I was very impressed by this. Despite being only four songs long, and under fifteen minutes total, I think it's a solid debut and one that should win over more than a few fans who've been awaiting a good fusion of punk and rock. If you like punk or stoner rock, definitely check this band out, I don't think you'll be disappointed with it.
Overall Score: 7
Highlights: Beautiful Loosers, Hollow (The Dead Man Song)
Posted by maskofgojira at 3:19 PM