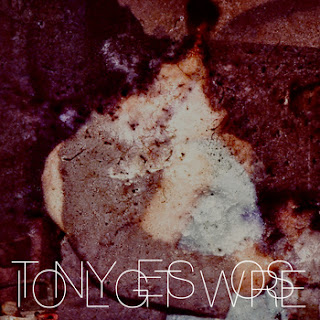 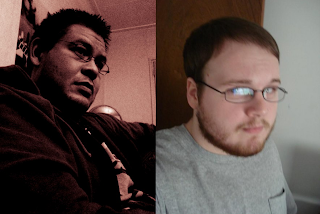 My good friend Matt Finney is a very talented individual with a very dark mind. It's fitting that he has found other individuals who are equally as disturbed as he is to create music with, the latest being Mories, of Gnaw Their Tongues most famously. The idea of the two working together, honesty, struck me as one that might not work out all that well when I first heard about it. Then when Finney told me about the style of music they were making, I was a little more in awe, and not in a good way. I was still very iffy as to my opinion, and keep in mind I hadn't heard anything from it at this point, on the project, so when he sent it to me, the anticipation was high.
To elaborate a bit more on what I expected when I had first heard that Mories and Matt were collaborating together, I don't think it would've been a stretch of the imagination to think that you'd have something along the lines of Aderlating's dark ambient miasma mixed with the cacophonous sludge of Gnaw Their Tongues with Finney doing spoken word over it. Keep in mind, that's what I imagined when I first heard about them working together. What has come out as a result of their collaboration is far, far different than that. As the above "style" says, what you'll find on here is more in line with the witch house movement and, to an extent, a bit of dubstep as well (a genre that I really have little appreciation for simply out of how annoying I find it), and it's surprisingly good. Musically, it's all in line with the darker spectrum of shoegazy soundscapes with pulsating house beats on top, luckily when it goes dubstep on Weightless Falling they don't go for the annoying, and over used in my opinion, wub-wub sound. If I didn't tell you that Mories was involved with this, I don't think you'd have guessed that it's him doing all the music. There are hints of his trademark noise in these songs, which does set it apart, more so, from other groups attempting the whole "witch house" thing. When it comes to Finney's lyrics though, which are delivered in his usual emotionless and monotone voice, are perhaps even more spiteful than what was exhibited on the last Heinali & Matt Finney album, Ain't No Night, last year. I didn't feel as haunted by his lyrics or as depressed as I did on that album, which might have more to do with the music not being as melancholic, but there are certainly still lines that do stick with me.
It's a great debut release that definitely shows that the duo are working with a decent amount of ideas, so further releases could go in various directions. I mean, frankly, it is a dark little album and somehow I doubt they'd just release an uplifting dance album in the near future, but there's a lot of room in the box they've created in this four song EP. As much as they'd like for you to believe things will only get worse, I promise you that the only place this project will go is up.
Overall Score: 8
Highlights: Ascension, Weightless Falling
Posted by maskofgojira at 11:13 AM