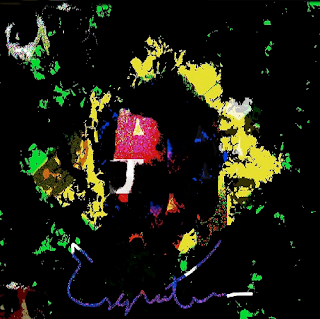 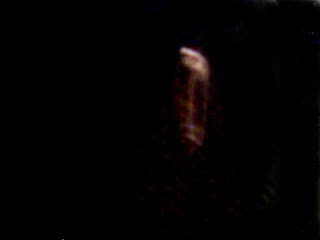 After my review for the Earthling demo last week, the person who sent me that album sent me this demo of their band. When you look up this release, there really isn't a whole lot out there, if any if it's the release that I think I'm reviewing. It's the type of album that even if you look up, you'll get a bunch of stuff that, in all honesty, is pretty gross and disgusting.
This is one of those weird demos that didn't really tell me anything based on the cover of it. So, what can you expect? What you can expect from this is a wierd mix of raw, blown-out black metal mixed with traces of blackgaze/post-black metal clean sections and melodies. A lot of the album manages to pull off this sound passibly, but there are moments where the band try to incorporate too many elements into a single section and everything just turns into a mess of noise, My Enthusiastic Shivering of Freedom for instance. I have to say in complete honesty that I found about half of the vocals on here to be just terrible. Now don't get me wrong, the main style in which they're done is a pretty traditional scream, but they'll occasionally break into a weird, high-pitched moan that just became instantly grating and annoying. In addition to that, most of the vocals sound like they were recorded through a walky talky due to how distorted most of them end up sounding.
It's decent, but not great, and it definitely needs work. There are ideas that would work better if the production was a little less raw, but then again, there are ideas that would work better if the band just rid themselves of their more atmospheric leanings as well. Where ever the band decide to go in the future there are definite improvements needed, but I do still recommend trying to get a hold of this if it sounds interesting.
Overall Score: 4.5
Highlights: His Act of Despair, Because of The Satanist
Posted by maskofgojira at 2:41 AM