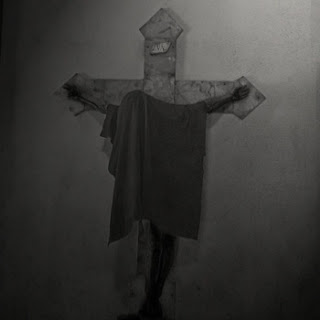 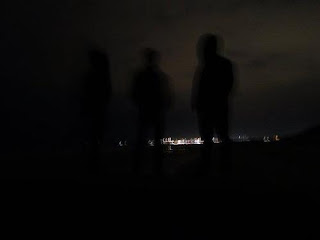 I don't think it's any secret that I'm not a huge hardcore or punk fan, I like my fair share of bands, but the great majority of what I've heard, I haven't thought much of. Unfortunately, a lot of the hardcore I've wound up covering on here, I haven't liked, and I'm hoping to change that. It might not have been the best decision to cover a hardcore album this early in the year but this one seemed interesting, and this time I haven't heard anything about the album, so I thought that this is something I at least have to give a chance.
What I love from the genre of hardcore, and grindcore, is the sheer amount of energy and intensity that you can feel from the band when it's done well. I'm most definitely a metal guy, but rarely do I find a metal record that really gets my blood pumping and make me want to mosh like grindcore and hardcore records do; but even saying that means that there are exceptions. A lot of the hardcore and crust punk bands I've wound up covering on here have sorely disappointed me and haven't given me any sort of intensity that just makes me want to get out of my chair and punch someone in the face. A good hardcore, since I'll stop referring to grind, will do that, hopefully to more than just me, and that's is where this record comes in. It's one of those special hardcore records that just punches you in the face, but it's isn't an asshole about it. It's self-conscious of itself, but is also self-aware enough to not be "just another hardcore band" and that's why this a strong record. In addition to that, the anti-religion standpoint is also something I personally enjoyed about the band, and it is one of the few cases where I felt like the samples used didn't actually distract from the actual songs.
I have to be honest here and say that before I listened to this record I did listen to a few tracks from the trio's debut EP Blasphemy and became a bit worried because it sounded less than moving. I have to say that that EP probably did contain more of a straightforward punk kind of edge, whereas this is most definitely rooted in heavier forms of music. Hardcore is definitely the main core of the band but besides that there are numerous nods to things like grindcore, sludge metal, and at times even black metal. I'll come out and say that it might be that more metallic sound that makes me enjoy this album, but I do think the band are skilled in writing songs that are stylistically varied enough to keep my attention whilst shifting around in each of these seven songs. It's not so diverse that it could be called spastic or schizophrenic, but there is a noticeable shift between the grinding pace of Black War and the slow building intensity on Tectonics, and that's something I like to hear from a band, no matter the genre. I will say that the use of melody increases throughout the record to the point where the last two songs are less like grinding and more inclined to be memorable. Besides that, this entire record is just under twenty-two minutes in total so it is very quick.
This is the type of record I like to hear from bands that are called hardcore and that I so rarely seem to find. I have found that I have grown quite fond of this record in a way that I would say I haven't for many, many, hardcore records recently. Don't not wait to check this out, it's a killer release that should not be overlooked.
Overall Score: 8.5
Highlights: Senseless, Storm of Words, Tectonics
Posted by maskofgojira at 11:00 AM