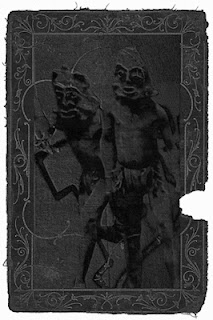 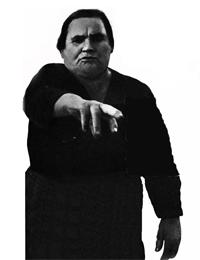 I can imagine that not being able to put a label on your music is probably the best thing for an artist to see when their work is released. As I was looking up information about this project, spearheaded by Stefano Iannone, I came across this album in particular which had a pretty wide assortment of genre tags attached to it. Without listening to it, you could in no way picture elements of dark ambient, industrial, power electronics, musique concrète, and field recording all coming together into a sound that is in any way pleasurable (or maybe that's just me). It's really not until you actually give an album like this a chance that you realize what good those sounds might do when mixed together.
As strange as it may sound, and keep in mind that I haven't listened to the two other releases that Spettro Family has released before this, this album contains very minimal traces of any of the styles I mentioned before. Whether or not Iannone abandoned that style for this or not, with this release, he has embraced analog synthe that brings to mind everything from the synthe-pop scores of 80's dance and sci-fi flicks to early synthe odysseys by artists like Vangelis. I will admit that I can hear comparisons to Riz Ortolani's Cannibal Holocaust soundtrack, I'm sure there are others, but that was just one that stuck out to me. This is, and this is quite a simplistic and general thing to say but, closer to the likes of early techno music than noise or power electronics. You'll find that this thing is able to morph from being interesting foreground music into more textural background music, in which I found my ears kind of drifting off into the background of what was playing and kind of finding some more buried synthe tones that I had previously not heard.
What I loved about this album though is how diverse it is, more so emotionally and textural rather than stylistic. While there are more, I guess you could call them regular, but that's really doing a disservice to how I believe these songs sound, I found that when things got quiet, Confessioni Di Un Depresso for example, they also got quite beautiful, melancholic, and dreamy. In that track alone, I felt like it made me think of those early Playstation fantasy games when I was a kid, I loved it, and to be honest, I got a bit teary eyed listening to it. But, on pretty much the opposite side of that, you have a track like La Signora Hammond, which makes me think of those scenes action movies where the main guy is in a club with people dancing and he's just looking for the guy who's going to give him the info so he can knock out the villain, think XXX (Triple X for those who don't get that by the way). I know it sounds really lame to kind of describe these things out, but each of these tracks really brought back found memories of when I was a kid and all the stuff I loved back then. Though I have certain tracks that I happen to favor over others, I think the only real flaw that sticks out to me is that it is quite a short release and I kind of wish there was more songs on it, but for what it is, fantastic stuff.
Even though I didn't know what to expect upon first listen I have to say that this turned out to be quite the good surprise. This is a great album and do not pass up the opportunity to get this album. Early sci-fi, action, fantasy, horror, and to an extent dance movie fans, who happen to love soundtracks, will love this as much as your average obsessive retro-gamer will. It's got your sexy tracks as well as your tender tracks, it's an album that I truly has something for everyone.
Overall Score: 8.5
Highlights: Confessioni Di Un Depresso, Operazione Condor, Candelora
Posted by maskofgojira at 10:25 AM