The guys over at EEE recordings have some nice artists/groups/projects/etc. at their disposal. With the various endeavors of the duo that is better known as Njiqahdda at their disposal, they've released some quite stellar releases in the past. With how prolific those two guys are I'm surprised I ever get the time to cover anything else, but like anything else - you find the time. So without further ado, here is a short little group review for the various releases that EEE Recordings has put out so far this year. As always, EPs are rated from 1-8 while full-lengths are from 1-10. 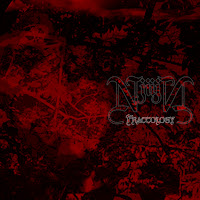 Starting right off with the duo's more experimental project, Njiijn. Up til this point, my view on this project has always been a bit slanted. Yes, I can appreciate what the duo are doing sonically, but I have rarely found it as interesting as their various other projects. The more ambient based recordings have never left me with the same mystified or entranced or bewildered (among others) feeling that I've gotten from their various other releases. I just never felt as strong a connection to the duo's ambient, drone, sound collage, tribal, or noise based recordings - I'm sorry to say. This new full-length, honestly, didn't change my mind, but I will say that there were some choice nuggets held within that definitely caught my attention. The dissonant psychedelic folk tune that is Broken, the more percussive led Reversal of Cosmogony, and the epic tribal-into-drone piece that is the title-track all stood out among the rest as pieces that actually grabbed me when I heard them. So, definitely not for everybody, but if you're interested in another one of the duo's extra curricular activities, check this one out.
Overall Score: 7
Highlights: Broken, Reversal of Cosmogony, Fractology


Lakes In The Dry Season EP 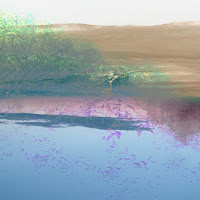 The first in this trilogy of OoB EPs is this beautifully covered piece. As a single track, it is fairly standard (and by that I mean high quality) droning black metal. It doesn't quite have that same hazy atmosphere that choked earlier records, which does make the sound on this release a bit clearer than one might have expected, but the real shock comes in from the vocals which are shockingly audible. In the past I have shown little to no interested in whether the pieces released from this project even had vocals or not simply because for the majority of the time I couldn't hear them. Even when I focused I would always find myself being drawn back towards the instrumental (which is not a bad thing to say I guess) which often took me away from actually ever hearing the vocals. Much like the typical style of music for the band, the vocals on this one follow suit by stretching words and syllables out to fit with the music at hand. Stylistically, I wouldn't say that this track diverges away from the band's usual style too much though I will say that I found some actual riffs to bleed through and make themselves known, which I am thankful for because for some reason the riffs done in this band do have a tendency (when they are clear in the mix) to actually be quite well done and at times catchy.
Overall Score: 7.5
Highlights: Lakes In The Dry Season 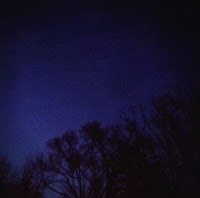 The second release of these three EPs is also the longest (but not by much). Of the three OoB releases in this review, it is clear that this is the most intense and black metal driven. For as much as the other two still make use of their fair share of black metal, this one really kicks things off fast and continues to drive home the point. For this project, that would be enough in and of itself, but the synths that are constantly moving in this mix of this track was where it got me. At times the guitars fall into drones where it sounds like they actually become part of the field recordings of wind. It's really strange but it works to the duo's advantage as it just lulls the listener into a state where they're listening to one thing only to not notice another. That other, or one of the others, that I am referring to is the way the synths creep up on you as you're listening. One moment you're listening to some blasting black metal, you lose yourself for one second and return to the track and realize that that aggressive playing is being overcome by atmospheric keyboard textures. Of the three releases here, it is probably my least favorite, but only by slightly because it doesn't appear to shift in style or tone as the other two do.
Overall Score: 7
Highlights: River of Tears 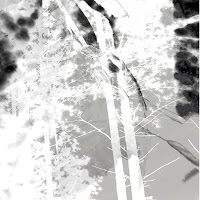 The final part of this trilogy of EPs (which, by the way, aren't actually related in any way that I'm aware of) is definitely the most appropriately put under the OoB band name. This is a slow, doomy piece of progressive black metal. That's right, you heard right, progressive black metal. Unlike the two EPs above, this release toys with some more interesting, what sounds like, synth work that definitely grabbed me the first time I noticed it. Granted, I maybe be using the term "progressive" a bit too leniently here but the way the synth is used in this track really reminded me of some more interesting krautrock groups from the late 70s and early 80s. That isn't to take anything away from the more melancholic doom sound that moves the track along most for most of its running time, but the synth is really what stood out to me the most on this track. Aside from that, it also resembles the more lo-fi sound of some of the project's mid-period releases where the vocals were still very distorted and the music itself felt distant and out of reach.
Overall Score: 7.5
Highlights: Disembodied I


Aptrgangr - Within Ur, Among Dis EP 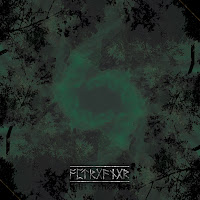 I was not really all that familiar with the project known as Aptrgangr before seeing this new EP. I had certainly heard the name before and had seen the self-titled album that EEE Recordings had released back in 2010 as well as collaboration done late last year with Wheels Within Wheels, but I had never listened to them before. Whether intentional or otherwise, the project sounds, more or less, like a more focused and death metal sounding version of Funeral Eclipse. What you have are pretty straightforward death and black metal riffs with guttural vocals performed on top. Frankly, it isn't anything stellar or you won't be able to hear anywhere else, but I guess what it has going for it is that pervasive atmosphere that seems to enshroud almost everything released on EEE. You'll hear a bunch of different bands come through these five tracks from the likes of My Dying Bride to God Dethroned (at least those were two that I heard, whether or not their influences or not I can't say). It's solid and well worth checking out if you're into this style of band, personally, I'm not really into this style, but it was perfectly fine and above average in my opinion.
Overall Score: 7
Highlights: Earth Hammer, Fathomless 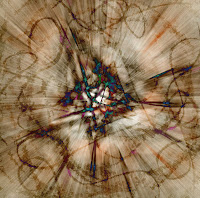 Starting off Njiqahdda's own brief list of EPs this year is the strange Initiation. I say it's strange because even in terms of Njiqahdda, this is probably one of their most conceptual releases to date, sonically that is. Its five tracks boast only two real songs while the other three act as an intro, interlude, and outro - and making matters even more bizarre is the fact that the interlude Skyadh (I & II) is the longest track on the entire release. So I guess the main attraction would be the two other tracks which, stylistically, continue down a similar path as the duos more recent material on the Serpents In The Sky album. In case you haven't yet heard that album (which you really should), it means you're getting a much more streamlined and melodic style of writing for the band while they continue their trek down a less murky and/or metallic sound. Honestly, these songs aren't quite as catchy or progressive as what was on that full-length and felt a bit too unrefined for my own tastes. It's not bad, but it isn't the duos best release recently.
Overall Score: 6
Highlights: Cosmic Fire In Seven Rays

Firmaments and The Upper Air EP 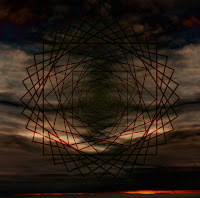 This more recent three-song EP definitely comes as a more pleasant surprise for myself. Featuring tracks that were written back in 2008 and then re-recorded recently, these songs feature a sound that is somewhere between the more progressive rock ideas of recent releases (Serpents In The Sky) but mixed in with some of the more atmospheric and keyboard led black metal of their early releases (Ints | Nji | Verfatu). The sound actually surprised me because knowing that these songs were originally written back in 2008 and yet sound so cohesive with the band's recent excursions away from extreme metal is a testament to how they can translate old material into sounding so new and full of life. I have to say that this is probably one of the duo's most epic sounding releases. The synth tones have a quality that really emphasizes an entire song rather than a specific moment, as well as the choice of tones that are used, which really makes the entire disc feel so grandiose and quite unlike that of any of their past releases. Probably my only gripe would be that there really aren't a whole lot of spots which just blast with intensity like I would have expected or wanted. I thought this was a very inspired and well done release that really has me looking forward to what the band do next.
Overall Score: 7.5
Highlights: Old Man of The Sea

Can I be the only one who was surprised when Oracle opened up with that nice groovy riff? For all the band's evolution from rough-around the edges atmospheric black metal to krautrocky-black metal to progressive black metal to post-metal to progressive rock (I'm exaggerating and dumbing down at the same time here) I have to say that the band hasn't really been the best outlet for catchy riffs. They've been there, but never in abundance, and the band has never opened a release in such a powerful way before. This opener is, in my opinion, probably one of the most immediately accessible tracks the band has ever put forth - and I mean that in the best possible way. It makes it all the more surprising that two tracks (of the five on here) date back to 2007 and 2008, though they have been re-recorded, while the other three are new. I have to say that the newer tracks are a bit more obvious to detect, but as a whole release, all five tracks work together very well. Closer Anu'u is probably the track that turns out to be the biggest throwback to the duo's earlier sounds. Not only is it clearly much longer than the other four tracks, but it exhibits a greater amount of repetition and a more swirling type of atmosphere. For those who ever wondered about the best place to begin in this band's expansive discography and didn't know where to turn, this is a great place to start.
Overall Score: 8
Highlights: Oracle, Anu'u
Posted by maskofgojira at 9:37 AM