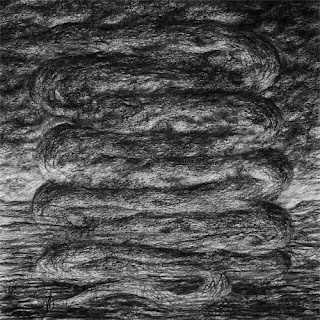 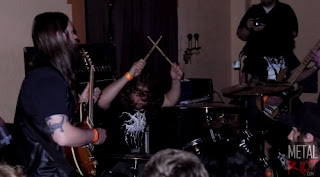 The guys in Ash Borer have been doing this whole black metal thing for several years at this point and have gotten quite well known in certain circles. Thanks to the release of Cold of Ages last year on Profound Lore, they gained a much wider audience then previously available to them, but I was not sold on that album. After hearing that they were releasing something special for Gilead Media, I was excited at the thought that this might see the band returning to something a bit more individualistic.
While I had no problem with the direction the band were going into on their Profound Lore release, I didn't find it to be anywhere near as powerful or memorable as their debut full-length was. I'll certainly give it to the band that they definitely advanced their atmospheric side on that album, but personally, it wasn't as dark or visceral as what had come before it. This two song EP really hits home for me and definitely delivers the goods. The band have definitely retained that more atmospheric textural side from Cold of Ages but the memorable melody lines have returned and, more than ever before, the synth textures are heard throughout. No longer are they hidden behind a fog of reverbed guitars and wretched vocals, they have found the sweet spot in the mix where the can play their role perfectly and enhance the ambiance while still shining through and being clearly audible; and boy is that a highlight on here. Those synth textures are really something to marvel at - not so much the sounds themselves, but how they're being used throughout the tracks. I know I've said it before when mentioning Ash Borer, but I've always found their work to be very reminiscent of the work of Lunar Aurora (one of my favorite black metal bands), in that their atmospheric work is just so dense while their music remains visceral in ways that many of their peers fail to even attempt. They manage to pull off the fast and slow with ease, which is another trait far too many bands never even attempt (c'mon, not every song needs to have 200 bpms), and while the former is no surprise, the band has really grown into those slower sections, listen to the extended opening on Dirge/Purgation. I think it's also worth saying that while the band have always had long songs (very few of their songs are under ten minutes) these are some of their best yet. Both tracks are long, but not once did they ever feel that way.
These are songs that really encapsulate what "atmospheric black metal" should be. This is a major step up from all their previous releases in every way (riffing, textures, mix, etc.) and you'd be a fool to pass this album up if you're a fan of the genre. It's a real treat this year and one I hope many of you will look into.
Overall Score: 8
Highlights: Oblivion's Spring
Posted by maskofgojira at 12:38 PM