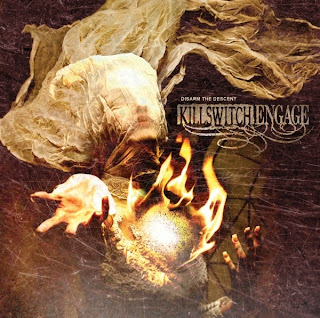 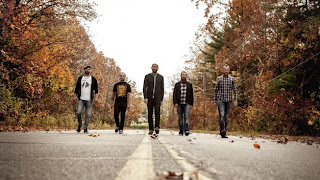 From the beginning of their career, KSE has been a band that has brought exposure by a more modern audience to the world. Though I can't really say that I have been a huge fan of their material in recent years, they will always hold a special place in my playlists because they were one of the first groups I ever listened to that made use of screaming vocals that I enjoyed. Not that it's unknown news, but this album does feature the return of original vocalist Jesse Leach after the departure of Howard Jones several years ago.
I'll get the controversial opinion out of the way first so there won't be any dependencies over it later, but my favor does tend to lean toward Leach than to Jones as a vocalist. Now, there is no denying the power and ability that Jones brought to the three albums he was a part of, arguably delivering some of the band's biggest hits during his time in the band, but I have always tended to prefer the more bluesy and passionate (in my opinion) quality that Leach brings to any album he has participated on - whether it be the stoner rock of Seemless, the modern tech-metal or The Empire Shall Fall, or the "post-metalcore" of his work on the Times of Grace record. His voice is just one I identify with more so. Now that that is out of the way, I can say that this is a far more aggressive delivery than some of his more recent performances have been - and I have to say that I was slightly disappointed by that fact. That's not taking against the more aggressive style the band chose to pursue on this record, as Leach obviously just tried to convey whatever emotions he was going for, but after hearing the Time of Grace record, 2011's The Hymn of A Broken Man, I had hoped to hear more cleaner performances than what he did on here. It also has to be said that the return of Adam D.'s vocals does bring a sense of (vocal) harmony that was missing from the band's last record, and his harmonies with Leach prove to be some of my favorite moments on the entire album.
I should also mention that musically, while this album does return to a more edgy and metallic sound, contradicting the more melodic rock sound they appeared to be going down on their last record, it did not satisfy exactly what I was looking for. The aforementioned Times of Grace record brought a fresh breath of life into a tired and worn out genre through the use of huge choruses, unexpected musical depth, and variety that the genre had not utilized in what seemed like years to me, and I had sort of hoped that with the return of Leach, maybe Adan D. and co. would choose to embrace more of the somber and atmospheric ideas used on that record and use them on here. Unfortunately, that was not the case. This is undeniably the band's most aggressive record since 2002's Alive Or Just Breathing, but it lacks the variety of even that record. I know that aggression may be enough to satisfy some people, but I had hoped for something a bit more from the band on here. But I guess for me, all this record brought to the table for me were some nice choruses and solid melodic guitar work. Maybe enough for some, but not enough for me.
If I take this for what it is, a melodic metalcore record, I think that it does succeed in what it's trying to do, but if you're looking for some fresh ideas, than this will most likely not satisfy you. If you're looking for variety, I would suggest some of the other bands that Leach has lent his voice to in recent years (I am referring just as much to musical variety as vocal variety here) because they have proved to be a better indication of not only his talent, but Adam D. (in the case of Times of Grace) as well, which is not really exhibited on here. It's solid, but nothing more than that.
Overall Score: 6
Highlights: Beyond The Flames, You Don't Bleed For Me, The Call
Posted by maskofgojira at 9:24 AM