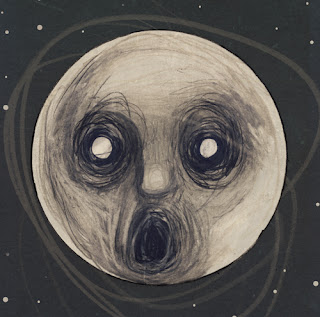 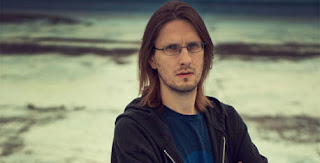 I'm sure it's no surprise that I'm a Steven Wilson fan (along with many other people). I think that since he went solo, he has possibly produced some of my favorite material from him - with 2011's Grace For Drowning ranking very high on my end of year list for that year. Though this album is much more scaled down than either of his previous two full-lengths, I was still extremely excited to hear what he would do.
Wilson's first solo full-length, Insurgentes, was an album that I never found myself particularly into. I enjoy it for what it is, but it was never one of his releases that I felt drawn to in the way that certain Porcupine Tree records had before it. Then Grace For Drowning came out and just skyrocketed my view of his solo work. I think that album is easily among the best things he's ever put his name to. It took so many interesting genre ideas and just made them work as a cohesive album. Yes, it was definitely a retro sounding album that took a lot of cues from 70s progressive rock, but the occasional trip-hop and folk moment of introspection did link it to his first solo record which dwelled within the realms of shoegaze and post-punk more than any of his other work had. This new album takes whatever influence those styles had on his last full-length and almost completely does away with them, leaving a record that is pure, unadulterated jazz-fusion/progressive rock. A totally unabashed love of groups like King Crimson, The Soft Machine, and Jethro Tull (among others) comes through in every song, and you know what, I still loved it.
Obviously, fans like me will have heard the live version of opener Luminol from Wilson's last live album/DVD, Get All You Deserve, but this studio version really feels fleshed out to the max and really sets the album up to a high standard. I guess I should mention this before I forget to later, but in comparison to many of his other works, this album features a noticeable decrease in the amount of vocals on Wilson's part. You do have three shorter tracks that are more traditional in structure I guess that are more vocal led than the three epic tracks that take up the majority of this album. Though I guess to simply divide the album into two sets, the more traditional progressive songs that take long and winding instrumental segues and the more "song" based progressive tracks would do the album a disservice because every track does really have a personality of its own. Though those two overarching ideas could certainly still apply. As I said you have opener Luminol which is just a very energetic piece of jazz fusion that is just driving and propulsive throughout its twelve minute length, but The Holy Drinker is perhaps a bit more interesting because of its drifts into what I guess could be called traditional blues rock. Meanwhile The Pin Drop could be seen as a nice meeting between Wilson's solo material and his work in Porcupine Tree.
Aside from Wilson himself, the other musicians on here should not be overlooked. When you have players like Marco Minnemann, Adam Holzman, Nick Beggs, Theo Travis, and Guthrie Govan on a single record, you know you're in for some serious playing. Personally, I am in love with Beggs' bass tone on here, it's just so warm and fluid sounding while still coming across as pretty distorted, but it doesn't conflict with the crazy sax and flute playing or the more rough guitar tone. I understand this might just be a personal quirk of mine, but that was a feature that really kept me returning to this album. Govan is a beast on the guitar, obviously, but his performance is not as crazy as one might expect given the genre that this album goes for. His playing isn't bouncing off the walls in the way that it so easily could have, but plays it pretty close to the collar in most instances, preferring to keep the riffing straightforward without being boring. Minnemann also is a well recognized drummer, and whenever I found myself listening to him, he always kept me on my toes by never playing things the way I would have (and that's a good thing). But you can't underestimate the work of Holzman's keyboard playing or Travis' flute and sax work, which provide some of the best solos on the album. So, obviously, listening to any one of the musicians on here is a very pleasing experience.
While it doesn't quite top Grace For Drowning in my own view, I still thought this was a wonderful piece of work that is well worth hearing for any fan of progressive music. The melodies that Wilson sings are just fantastic while the music backing him is as diverse and wild as anything else he's ever released. Definitely a highlight for this year (even if we are still in the early stages of 2013) and not an album to pass up.
Overall Score: 9
Highlights: Luminol, The Watchmaker
Posted by maskofgojira at 3:10 PM