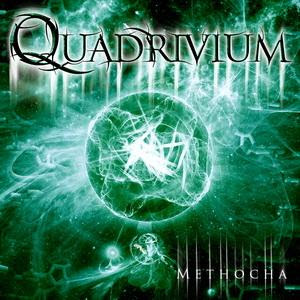 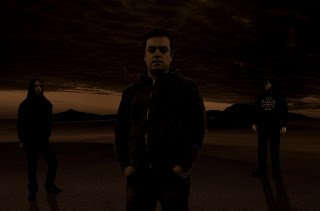 I have been a big fan of Quadrivium for years now (they were one of the bands I reviewed in my first couple of months doing this actually). I've been following the release of this album for a while now and I'm glad that it's finally getting a release after everything the band has gone through. I really wanted to cover this before the end of 2012, but events out of my control led to it being written now.
Seeing that the band's line-up has changed since the release of Adversus back in 2008, it would be understandable to assume that their style has shifted as well, but it might shock you to it hasn't changed all that much. The band are definitely sticking with their very layered sounding symphonic sound, though if you're thinking this is anything like all the Cradle of Filth and Dimmu Borgir worshiping bands, you'll be sadly mistaken cause these guys definitely have their own style. Digging into much more progressive ground, the orchestral work is not quite as overblown or pompous as many many bands make it out to be. Instead, the band take an approach which doesn't solely rely on the orchestrations to carry the song. There are certainly sections on here where that is the case, don't get me wrong, but there are just as many where the orchestrations go hand in hand with what the guitars are doing, which gives the band a very interesting sound. With that being said, you will hear quite a bit of organ on here as well, so if that sort of thing bothers you, you might not dig some of these songs, but as for me, being someone who loves the sound of an organ, I thought it greatly contributed to the band's sound. The synth-based orchestrations mixing with the organ tones and industrial effects really come together into an odd little concoction. The fusion of these synth sounds creates an atmosphere which is unlike that of almost any other bands I've heard (I say almost because there is definitely some Arcturus in there), but it stands apart from even them because of the dominance of certain tones over others.
I really have to commend Attila Bakos, the band's new clean vocalist, for his work on here. I've known about this guy for a while now because I had heard his vocal covers of Arcturus and Ulver (among other groups) and when I heard that he had been taken on board to do vocals for this band, I was very interested to see how he would adjust to the band's sound. Whereas Bjørnar Nilsen, of Vulture Industries, had done the clean vocals on the band's first full-length, Bakos definitely takes no time in making his presence known on here. The two do have comparable voices that definitely recall the likes of both vocalists from Arcturus - Garm and ICS Vortex - I will say that Bakos is much closer to the latter whereas Nilsen is closer to the former (if I had to say). Worry not if this is making you think that this is a melodic based album, because you still have several moments of aggression that are sure to please any fan of more straightforward black metal, in this case being Destroyer. This track in particular does what the title says, it just blasts and grinds and grooves from start to finish - resulting in it being the most aggressive track on the entire album. Then you have the more epic approach on The Labyrinth of Infinity, which certainly is the track to listen to if you want to hear a little bit of everything that you're in for on here. It has the quazi-death metal riffing, more spacey ambient breaks, blasting black metal, and more melodic sections that all work together in a way that would make several "progressive" bands quite jealous.
Obviously, I enjoyed this album, though it certainly was different that I anticipated it would be - though I have to say that I'm rather glad about that. It definitely is less indebted to the likes of Arcturus as an influence and shows the band carving out a sound all their own, but they're not quite there just yet. Definitely for fans of more progressive and experimentally inclined black metal.
Overall Score: 9
Highlights: Dead Syphon Focus, Eye of Mimas, The Labyrinth of Infinity
Posted by maskofgojira at 12:31 PM