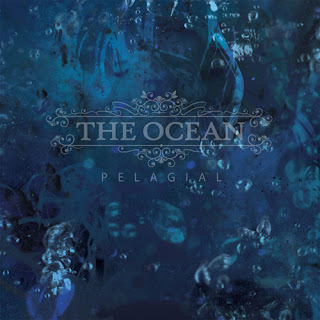 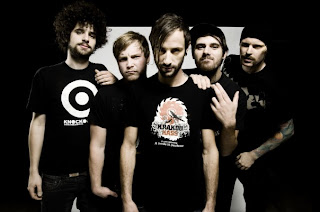 As far as I'm concerned, The Ocean (Collective) is probably one of the most interesting bands to be working within the confines of mainstream metal. While their early work was dark and foreboding, very reminiscent of post-metal and straight-up sludge, their newer work has become much more adventurous since gaining a stable line-up. The concept of writing an album based on the different zones of the ocean seemed perfect for this band (and since I did a lot of research into the ocean when I was a kid) it excited me even more so.
After the duel albums of Heliocentric and Anthropocentric, which were certainly ambitious undertakings, it's nice to see the band no longer restricting themselves towards making music to fit that concept. While the songs on here certainly fit with the different layers of the ocean, the music itself does not feel as restrained as on Heliocentric or as single-minded as on Anthropocentric, and instead finds them working in the middle ground between the two, where progressive ideas exist but the band's older and more grandiose still have a place. The band feels hungry again, with The Uncanny being one of their strongest openers to date (when you take out the piano led intro Epipelagic), it's an aggressive track that doesn't just charge ahead with how technical its riffs are or how heavy it is. It's a smart piece of progressive metal that isn't showoffy. The rest of the album certainly doesn't disappoint either with the band really delivering on all fronts on pretty much every track. The band trades off between more epic sounding post-metal with their typical orchestral like brilliance, while the heavier and more technical spots are nice to drive home the more aggressive points of the concept.
While no one on here delivers a bad performance, for me the highlight was vocalist Loïc Rossetti who definitely proved himself on the band's last two full-lengths, but he really comes alive on here. He does not as reigned in because of a weighty concept, so his vocals come across so much more impassioned on here (since the concept is a bit looser). His range is also a lot more obvious on here, as he moves from his soft falsettos to his monstrous roar with ease within moments in a single track. I was aware that he was very talented but like I said, he was the clear highlight for me.
But back to the album as a whole. While it's certainly fair to say that this is the band's most diverse album yet, it still has a flow to it, and one that I didn't pick up on immediately. It was only as I was listening to it while writing this that the structure of the album hit me. The first half of the album is the more technical, more progressive, more friendly to the whole tech metal kids - and that's not bad, but the second half was where I found most of my time going back to. It's on Boundless Vasts (track six) where the band start retreating into more of a post-metal sort of sound; and while I could just as easily take against them for falling back on the technical aspects from the first half, the second half is far more somber and cold sounding. Just as the deeper aspects of the ocean would not be as raging as the top layers, this album does not retain that chaotic style but crafts a sound that is far more interesting. It's darker, the last few tracks are some of the darkest tracks the band has ever written, coming across more like death-doom than anything else. For as much as I enjoy Rossetti's clean voice, the growls he belts out on the last two tracks on here are just monstrous. It's a tone that, while not entirely new for the band, genre-wise is a side I did not see coming.
Overall, it's a very impressive piece of work that definitely stands as one of the band's best (sorry, still doesn't top Precambrian for those wondering). Definitely a very impassioned and heartfelt release that shows new sides to the band and proves that they are certainly not a group who remains in one place for too long. While I won't try and predict where the band go to next, I will say that it is going to be hard for them to top this one.
Overall Score: 8.5
Highlights: Impasses, Signals of Anxiety, Cognitive Dissonance
Posted by maskofgojira at 12:50 PM