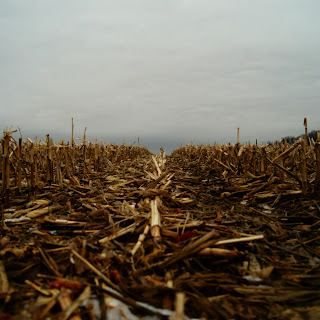 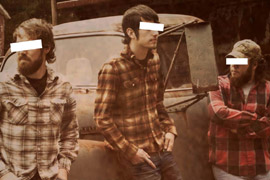 The trio known as Vit are quite the ambiguous little entity in the world of metal. After releasing their debut - back in 2010 I had come to know more about the band, but in terms of follow-up material, the stream of albums did not come. It has only been after months of waiting and of anticipation that this new EP was finally released to the net.
So what have the trio been up to since the release of their stellar debut, well... apparently crafting an album that definitely takes things into a heavier direction. This album doesn't take us down the same avenue of crusty black metal that the full-length did but instead down a slower, rawer (I'd say) and all together more doomy one. The main body of this album lies in the lengthy pieces Sixteen Bodies and A Hymn of Benediction, which both make use of this more crushing shift in direction. I know the idea of blackened doom isn't exactly a ringing endorsement on my part and aren't exactly going to sell albums or tickets, but be warned that this is some of the most grinding (you heard/read it right) doom I've heard in quite some time. The ladder track actually reminds me a bit of Sweden's Shining to be honest, with more riff driven black metal than tremolo picked to death. The title-track demonstrates a more traditional black metal style that the band has already made their fans aware of on their full-length. Despite that, there's a sense of ambiguity hanging over the almost four minute long piece that makes the whole thing feel slightly off-kilter. The real kicker is closer ...And The Rain That Soon Followed which is an instrumental bluegrass piece that in no way resembles anything the band has done before. It's interesting, but not entirely to their benefit as it feels like the sort of piece that doesn't really belong. The real test will be to see if they can do something more with that sort of sound on future releases.
This is a solid four track release that definitely brings a nice shift to the band's sound in a way I didn't foresee. It definitely has its problems, but for what it is, it's enjoyable and definitely a well executed piece of blackened doom. Well worth your time if you're interested in this sort of style done in a raw, and slightly less defined way (I mean that in the best way possible).
Overall Score: 7.5
Highlights: The Dry Season, A Hymn of Benediction
Posted by maskofgojira at 11:35 AM