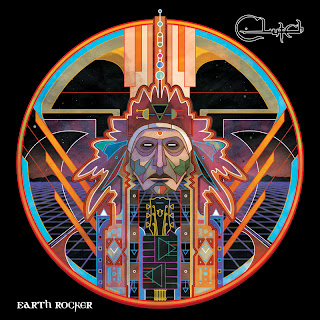 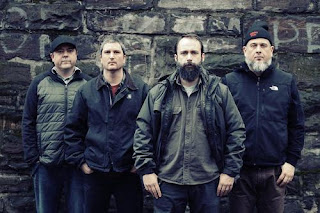 Obviously anyone familiar with anything happening within the stoner genres within the last couple of decades will know of Clutch. Their transformation from hardcore punk to stoner rock to blues rock has been one of my favorite transformations a band has ever done. While I can't say that I was totally sold on their last full-length, I was still very anxious to hear what they would do on this new one.
By now it should be no secret to those who come to this blog often enough that I am not a big fan of stoner based music; but like most of the stuff I wind up actually covering on here, I do enjoy Clutch very much. I should also say that I am not a big advocate of blues rock either - though to a much lesser degree than I am to stoner rock/metal. But maybe it's the way Neil Fallon manages to string together words and his powerful howl that grabs me, maybe it's how Jean-Paul Gaster plays drums so simplistically but always manages to amaze me, or the guitar/bass combo of Tim Sult and Dan Maines (respectively) and how they can craft riffs that can topple over buildings while also being sultry and interesting at the same time. There are so many reasons I could list to why I dig what these guys do over anyone else's take on the style, but I guess the easy answer would just be that these guys write badass songs and deliver kick ass performances. That settles that.
As for the album in question, I do think that it is quite the return to form for the band (in my opinion anyway). It's sound is much fuller and heavy than the thinner and more somber ideas expressed on 2009's Strange Cousins From The West but is not quite as jam based as 2007's From Beale Street to Oblivion. For my money, it's a return to the straight-up rock'n'roll sound that they perfected on 2004's stellar Blast Tyrant. It's not bullshit based blues riffs with a tight rhythm section and soaring choruses that I have yet to hear matched by any other band in this genre. You just can't deny the strength of the opening title-track, or the old-school heavy metal vibe on Unto The Breach (am I the only one who thinks the main riff sounds a bit like early Dio records?), it's just a rocking good time listening to this band and album. Even when the album slows down on Gone Cold, you still get that small bit of attitude that just keeps you (or me, rather) listening. The middle section in that song in particular is quite well done, with the acoustic guitar passage just really bringing the goods, so to speak. Now, I won't go so far as to say that this is a perfect album - it isn't - but it's hard for me to contain my excitement for a record that is just so unabashedly rocking as this one. I can forget originality and uniqueness when a band writes great songs, luckily for me, Clutch has always been a band that has had both traits.
Screw all the experimental shit, this rocks my socks off and it's hard to say no when you get a band who is just all about their craft and doesn't compromise. Whenever there's a band who can make me forget all my prejudices I am always happy to hear their material. Clutch - don't ever stop what you're doing! Anyone who digs some solid rock, listen to this or die.
Overall Score: 8.5
Highlights: Earth Rocker, Unto The Breach, The Wolfman Kindly Requests
Posted by maskofgojira at 12:34 PM