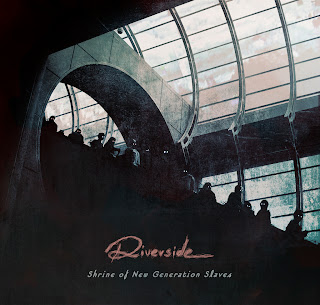 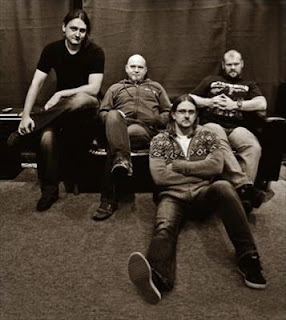 Ever since my father first showed me Riverside a couple of years ago I've had an on-off relationship with them. I have always found them to be an interesting band, but not a band that I found myself returning to over and over. With 2009's Anno Domino High Definition album, I finally found an album by the band that I could fully stand behind, and I was really curious to see if the same would be true for this new album.
From my experience with Riverside throughout the years, in my opinion, their early work sounded a bit too much like a band copying Steven Wilson's work in Porcupine Tree for me to get overly exercised about it. They weren't bad albums and I'm certainly not opposed to listening to them, but they weren't enough for me to consider myself a fan of the band. With Anno Dominio High Definition it sounded like the band embraced a slightly more metallic edge to their sound while keeping their prog-rock core in tact. It was a really interesting album that saw the band experimenting with a lot of interesting ideas, not just from metal, but other genres as well; and then pulling them off pretty damn well if I do say so. So coming into this, I had read somewhere that for this album the band were going to take in more of a classic hard rock mentality of writing and so that did pique my interest. From the couple of times I've listened to this album, I do think that it would be fair to say that this album is a bit more straightforward than their last few have been and, to my ears, the riffing on here has a much stronger foundation in blues. I also don't think this album will be quite as alienating as Anno Dominio High Definition was to some.
Tracks like the first single Celebrity Touch definitely bring that sound to the forefront with it's heavy and driving riffs and soaring chorus. It's definitely a strong track on here and really showcases everything the band does well within a moderately short time-frame (under seven minutes isn't that long). But if you're expecting this entire album to sound like that song you'll probably end up disappointed (this goes mainly for newer fans). The rest of the album definitely retains a lot of the signature ideas and traits that are present in the band's older work. Unlike their last full-length, this album isn't quite as aggressive, it has it's heavy moments, but the majority of it keeps things within that sort of atmospheric prog-rock sound. To older fans this won't provide much of a stumbling block, but for those people who might have only heard that single, I think it's only fair to warn them. While tracks like the aforementioned single and Deprived (Irretrievably Lost Imagination) definitely bring the ruckus with some solid riffs and catchy choruses, tracks like We Got Used to Us - which is a great ballad - and even the first half of opener New Generation Slave keep things more melancholic and atmospheric.
Perhaps this album doesn't quite measure up to the group's last full-length, but it's still a mighty fine piece of work. There are some really strong songs on here, but it just doesn't keep momentum like that aforementioned previous full-length did for me. If you're a fan of progressive rock or prog-metal (to a lesser extent) you probably are already familiar with Riverside, but if you aren't this would be a fine place to start.
Overall Score: 7.5
Highlights: Celebrity Touch, We Got Used to Us, Escalator Shrine
Posted by maskofgojira at 12:04 PM