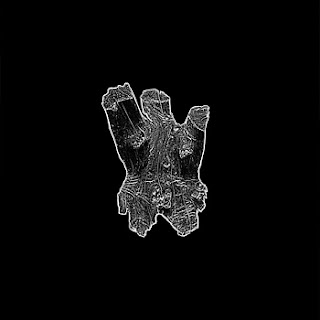 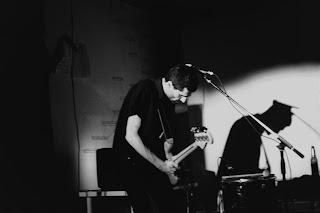 Band: How Much Wood Could A Woodchuck Chuck If A Woodchuck Could Chuck Wood?
Country: Torino, Italy
Style: Experimental Folk/Ambient
Label: Avant!

In the past Avant! Records have been pretty good at releasing material that is less than traditional. Not everything they release is my cup of tea, but I usually do enjoy whatever they put out. I've been holding onto this record for quite some time now and I thought that it was about time that I finally did a review for it.
With a name like this band's you'd be forgiven for thinking that it was some sort of a joke. It doesn't really give you any real sense of the band's sound and once one actually listens to the album it becomes even more of a wonder. At least to me, this band's name does nothing to warn the listener for the oncoming wave of melancholia that awaits them once they press play. These six songs are stripped-down, drenched in reverb, filled with drones and noises, and left to make you wonder where exactly you've just been once a song ends. This album is like wandering into a dark cave where each track is like a new tunnel and the further you listener, the bleaker it seems to become. With the droning feedback that lies in the background of these tracks it perhaps brings a more chaotic edge to the album, but only just slightly because the minimal guitar play and percussion work keep things very sparse and open. Then there are the vocals which recall more than a little bit of Scott Kelly.
The second half of the album begins with In Aria which is probably the track most people who check this album out will be curious about because it is the longest. Topping eight minutes, it differs from the more singer-songwriter kind of approach that the majority of other tracks take and ventures off into more ambient territory. It's probably the most sparse track on the entire album, leaving the traditional guitar melody behind for much more open spaces of droning soundscapes. Guitar still exists, and as the last couple of minutes will prove that it isn't totally dissimilar to the rest of the album, but it is by no means the easiest track to try and absorb by comparison. For me, despite being the most open and ambient track on the album, it captured that sense of emptiness that the rest of the album had the best. The entire album feels like you're watching open stretches of desert as the wind gently blows the sand around. It's very gentle and restrained but there's just that sense of isolation and melancholy.
Overall I really can't say that this is an album that I would revisit too often but maybe for other people they can get into this more - it wouldn't surprise me. There were ideas and melodies in here that I did think were well done, but the entire thing just felt like a dirge for most of it's running time to me. Fans of drone or folk music might find something interesting in here.
Overall Score: 6
Highlights: Joy and Rebellion, In Aria
Posted by maskofgojira at 2:51 PM