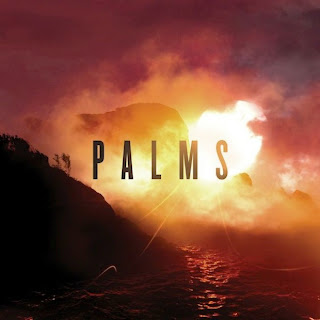 Now this was an album I was excited about. As someone who is a big fan of both the Deftones and Isis, the thought of members from both bands collaborating was genuinely enthralling. I had high hopes for this (as much as I know I shouldn't come into an album with any expectations at all) and really wanted it to live up to them.
Perhaps the most surprising thing about this album is not that it works but that it sounds more or less like what one would expect Isis to sound like(without Aaron Turner or Michael Gallagher) with Chino fronting them. It's spacious and moody musically while Chino's vocals draw upon more of his more melodic and breathy side. I don't have any problem with this sound mind you, because in my head I liked how these two sounded and on here it's more or less the same. I guess the biggest difference is simply in that there isn't as "metal" vibe going on in this album. It feels more like a dreamy/shoegazy post-rock album. I sort of expected more heavy climaxes to these songs but they remain pretty moody throughout. In a way, it's better because it separates this band from the heavier leanings of 3/4ths of the band's former group. But in the end I just gave in and accepted that it sounds exactly as one might expect 3/5ths of Isis would sound. It is slightly more stripped down and not quite as powerful or lush sounding, but the central pieces are still there.
My biggest problem with this album is entirely separate from the sound of this record though and has more to do with the sound of Chino's vocals. While I think his melodies are great, it sounds as though he recorded his vocals in a bathroom. It's just odd. The delay time on his voice is probably what's the cause behind it, but for all I know Chino actually did record his vocals in more of a confined, but reverberant, room. From what I had heard in an interview, Chino recorded his vocals separately from the band's parts, so he might have actually recorded them while on tour wherever he could. I mean, that's just the main problem with this record. Personally I don't think that the additional effects used on Chino's voice were the best decision either, but I don't think they're as irritating (though that word is probably too harsh) as the delay on his vocals. In terms of his actual performance though, I increasingly found myself thinking that his vocal lines recalled that of mid-period Deftones work. It's not all that intense or upbeat, but it carries with it more of a freeness and/or looseness that I haven't heard in a lot of his main band's work recently. I also have to say his work on Tropics is some of my favorite work from him ever.
So while this album does have it's faults, I think that the finished and complete project has far more positives than negatives to its name. I think I expected it to be a bit more song based while this feels, more or less, like what Isis did in terms of structure, but Chino manages to make it into something more appealing to people who would like more songs. Definitely an album you don't want to miss if you're a fan of post-rock, shoegaze, or even dream pop.
Overall Score: 8
Highlights: Mission Sunset, Tropics
Posted by maskofgojira at 8:23 PM