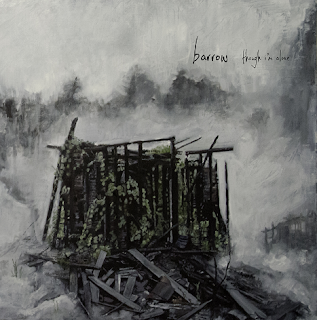 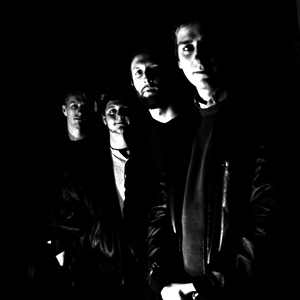 I don't recall off the top of my head how or why I decided to write about them but for some reason they wound up on my Ipod so I just said what the hell. I was not familiar with the band before listening to this record, but upon looking them up I was taken aback with the fact that they were a screamo group. I don't listen to a lot of screamo, but that certainly did pique my interest.
Compared to last year, my coverage of screamo music has seriously been put on hold. I like the genre enough and I really do wish that I could cover more of it than I do, but I can only cover what I find interesting and worthwhile. This, I think, is the first screamo record I've covered all year, and it's actually quite an abrasive record. I've heard a couple of screamo records, in general, that are really just pop-punk with terrible vocals and then I've heard screamo that is essentially post-rock with vocals. I prefer the latter but the former is where you can get onto Warp Tour and appeal to all the teens in their skinny jeans. Obviously there's plenty of middle ground in between those two but I didn't think that Barrow would be a band to occupy that middle ground when I first pressed play. I said this record was abrasive and I meant it. These guys find comfort in making noisy, and actually quite bleak sounding sludge metal instrumentally. I should be clear that when I say noisy, I don't mean like there's a lot of distortion but more in a sort of noise rock way where you have a lot of dissonant and sort of bizarre sounding parts. The guitars aren't even that distorted for most of the album, relying more on dynamics and intense builds and hard playing to make up for that loss.
These guys do that sort of style where the heavy parts will be quite hard-hitting and alternating that with somewhat jazzy cleaner sections. But it always maintains this very, to use the word again, bleak atmosphere that sounds more like it belongs on a funeral doom band than a group like this. It's quite oppressive how it's utilized in each song, so even if things lighten up for a minute there will still be this brooding quality lurking in the background waiting for things to explode again. Then there's the more somber post-rock sections of the album, like on Wither, in which the band are definitely channeling some of their inner Envy, to good effect I might add. But really the variety that this band channels through their instrumentals was quite impressive. Some parts were clearly post-rock/metal oriented, others were more straight-forward sludge metal kind of stuff, then you had almost jazzy prog-rock leanings during some tracks, while other moments recalled the dissonance and craziness of noise rock. It can be chaotic as well as beautiful, heavy and soft. These traits are nothing new to people who read this blog and listen to more than what's on the radio, but the way this band pulls it off still managed to impress me.
I was really impressed with what this band was able to pull off in each of these songs and the end result is an album that is wildly fun to listen to as well as somewhat depressing in its tone. That isn't meant as a diss, but there were some spots on this album that did feel genuinely depressing in their performance. I know screamo isn't exactly the genre of choice when coming to this blog (but what really is anymore), but hopefully you'll give this record a chance.
Overall Score: 8
Highlights: A Dead Hum, Echoed, Fed (Choking, Retching), God's In His Heaven - All Is Well
Posted by maskofgojira at 2:22 PM