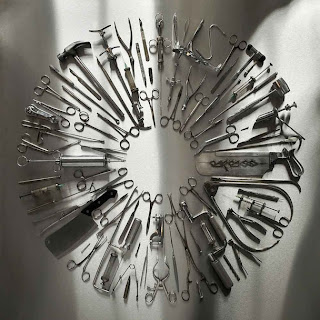 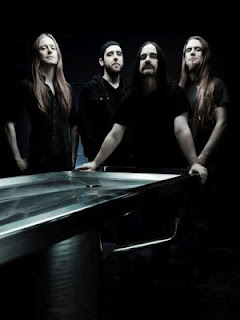 I know I'm not alone in saying that Carcass is one of the finest groups to ever emerge from the death metal/grindcore genre. They were a band who always took chances with their sound and made each album different from the last. Now, after seventeen years they come out with a brand new album - the pressure is mounting.
I didn't listen to any of the tracks that were released before the entire album came out simply because I didn't want to be pushed to either side of the argument about which direction the band were going to take. Was it going to be a return to the more technical grind/death of Necroticism, the classic melodic style of Heartwork, or the more straightforward melo-death/rock of Swansong? I didn't want any of the singles to put me on the path to any of them and I wanted to come in open minded. So when I pressed play for the first time, I was extremely anxious and nervous that it wouldn't live up to the hype. So it was with pleasure that for nearly the entire album, song after song, I was blown away. Those who have heard the album already will already know that while the album is probably closest to Heartwork, it contains a nice amount from the other two albums I mentioned above as well.
While only half of the original/classic band remain for the album, both new members drummer Daniel Wilding and axeman Ben Ash successfully earn their places on here. With Wilding dutifully backing up the band while not overshadowing Ken Owen's work, he brings a much more modern style to his drumming (IE. more metal less punk), which definitely gives his performance a different vibe. As for Ash, he definitely keeps up with Bill Steer. The two of them playing riffs that are quick, melodic, and thrashy for more of less the entire record. The two of them are lightning fast, and whether or not it was the fresh blood of Ash or not, the riffs have an urgency to them that really hasn't been present on any of the band's previous work. Tracks like The Master Butcher's Apron or Noncompliance to ASTM F 899-12 Standard are just furious while being incredibly precise. Then Mr. Jeff Walker who has been one of my favorite death metal vocalists pretty much since the first time I heard him. His rasp is in perfect shape and his bass playing, while not overly emphasized, when heard definitely gives a nice thump to the music.
Anyone who's heard a Carcass record will tell you just how precise and on the band are, and have been, in terms of their songwriting. While stylistically they varied, the songwriting always retained the same high caliber throughout their career. Whether they were writing short, undecipherable (gore)grind songs, more technical death metal, or uber melodic metal, they always managed to construct a song that was memorable and stayed with you long after an album had finished. In that regard, this album is no different with just about every song hitting hard with catchy riffs or melodies that are total earworms.
As if you needed another person to inform you that this album is great, but if you had any doubt remaining, throw it aside. It's strange that after years, decades really of bands getting back together and doing reunion albums that were sub-par, this year we've gotten several that have been right up there with the band's older work. Carcass were always fantastic and it put a great big smile on my face knowing that they surpassed my expectations.
Overall Score: 9
Highlights: A Congealed Clot of Blood, The Granulating Dark Satanic Mills, 316 L Grade Surgical Steel
Posted by maskofgojira at 12:09 PM