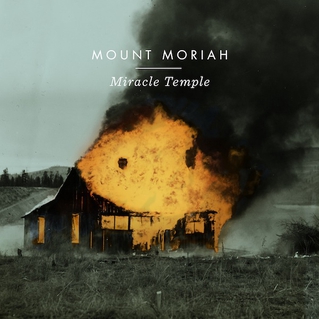 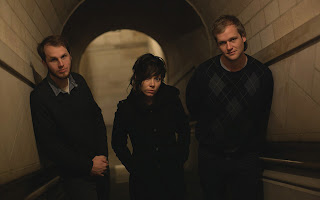 Mount Moriah's self-titled album back in 2011 really blew me away and was the album that really brought me a new appreciation for country music. I was a fan of the genre as a young kid but grew out of it even before the teen years. I never thought I'd appreciate it, as I do now, again until I heard this band.
Having only initially listened to the band because of Jenks Miller's presence I was definitely blown away by the authenticity and genuine emotion that the music expressed. It felt a bit more stripped down from the country(?) that is usually played on either the radio or television, which is what I had always associated the genre with. Despite the songs having huge hooks, they never had that overproduced feel that is so common in mainstream country music. Heather McEntire's voice leads the group though each song but it never feels as though it's the sole focus, as in, the music doesn't feel as though it's simply backing her up. Her voice is soft and gentle throughout, which, once again, contracts what I hear from radio country because it isn't loud and in your face. I've always viewed it like singers in those sorts of groups were saying, "Pay attention to me, I'm singing right now! Hear what I have to say because it's really important, way more important that what's going on behind me. C'mon everyone and listen to me!" Which is not what I get from this record, or really country music that is less played on the radio that is, where the vocals fit more snug in between the instrumentation. But enough of me ranting about mainstream country (or acoustic pop music).
One of the things I admire about country music is it's variety in instrumentation, which is no exception on here. To fit a variety of moods, the instrumental accompaniment definitely shifts, from the more simplistic rock tone on Eureka Springs to the more hopeful vibe where strings are used on I Built A Town. Whether you enjoy the style of music or not, I always found it a point of admiration that the genre would use whatever it could to get the song sounding good. Regardless of all that, the resulting song may not be a hit or resonant for whatever reason, and that's what happened to me on here. I want to make it clear that there was not a song on here that I did not like, these are all perfectly pleasant songs, but unlike the first record, there weren't as many that hit me as powerfully. The majority of tracks on here are perfectly well done little country songs, but there are a handful that really just get everything right. When I hear the likes of the aforementioned Eureka Springs or the title-track is just hits that spot where all good songs do for me. Yes, I know that sounds weird. It's just one of those things where the instrumentation, the mood, and the vocals just hit all the marks and resonate correctly (for me).
Like I said in the beginning, I owe my "modern" appreciation for country music to this band and even if this album doesn't do everything that the first one did for me, it's still great regardless. The songs on here are some of the catchiest and most memorable I've heard all year. Definitely worthy of checking out for those of you who want to take a chance and listen to something that isn't related to metal or avant-garde music (in regards to those people who tend to read these reviews).
Overall Score: 8.5
Highlights: Eureka Springs, Connecticut to Carolina, Miracle Temple Holiness
Posted by maskofgojira at 3:19 PM