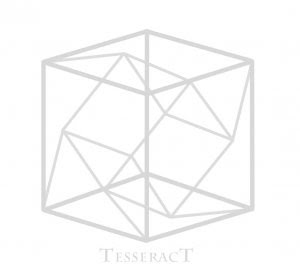 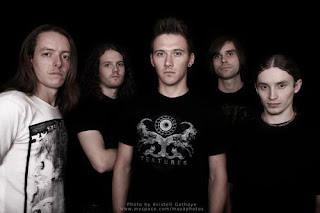 TesseracT is a progressive metal/djent group from the UK. This is their first release on Century Media records following a praised 2007 demo. This comes to long awaited fans after announcing that their debut album would not be released this year.
For those that weren't aware of what this EP is, to sum it up briefly, it was to be, or might still be the bulk of what their debut album was going to be. Concealing Fate is a six part song that moves through multiple phases and shifts demonstrating the band's unique brand of djent. This may not be how their fans may have wanted their first "official" release to come out, the full-length would have been more appreciated, but this should buy them over before that record is released.
The sound of this EP, and really the sound of TesseracT is a bit unique compared to a lot of other groups out there, and this sound has earned them praises from magazines as well as other musicians, IE. Fredrik Thordendal (Meshuggah) and Misha "Bulb" Mansoor (Periphery). What you'll find on here is categorized in djent due to the Meshuggah groove parts, but besides that, the sound on here contains more elements from groups like Deftones or Porcupine Tree. There is a large presence of atmosphere on this release, and the band's sound in general, that really sets them apart from other groups doing a similar style. Clean singing also sets them apart from other groups simply due to the fact that there aren't that many heavy screaming or growling vocals used on here, they're there, but they aren't really the focus.
The tracks that compose the single song on here really do present the listener with a journey that moves exactly how a prog "epic" should. There are moments of groovy djent as well as calming and melodic atmospheric moments on here that just flow into one another very easily. Vocalist Dan Tompkins really shows a lot of diversity from his passionate screams to hardcore yells and his trademark pop-like clean singing.
Overall, there really isn't a lot to complain about on here, for me anyway. The only thing that might get people upset is the fact that this isn't a full-length, but the songs on here are at least enough to get us through till that day it is put out. If you like progressive, groovy, atmospheric metal, this is a band you have to check out.
Overall Score: 8
Highlights: The Whole Piece Is Worth Checking Out
Posted by maskofgojira at 10:45 PM