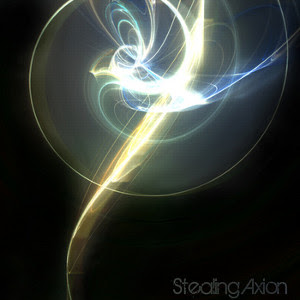 Stealing Axion are a progressive metal group from Washington. They formed early this year with the intention of making music that combines elements of brutality, melody, and progressive tendencies. This EP follows up a demo they released earlier this year, with this release having credits from members of TesseracT on the mixing board.
Those that are aware of the sound that TesseracT have crafted themselves will have an idea as to how this album will sound. The sound is very clean, of course this happens in the production where most of the comparisons can be made though, and atmospheric with ringing clean guitars playing along with heavy distorted ones. But in terms of the actual sound of the band, you'll find more in common with tech metal band Textures.
The band focus on a sound that is in a similar vein as Textures, with a groovy guitar style and underlying melodic textures. But the thing that makes this comparison most appropriate is the vocalist's uncanny similarity to ex-Textures vocalist Eric Kalsbeek in both clean singing and growling. But besides that, there are elements of Sikth, Deftones, and Porcupine Tree as well that can be found in here with more angular riffing and open soundscapes.
Overall, this is a good debut EP that has a lot of cool soundscapes and riffing. There is a lot of potential here and hopefully a full-length is in the works. If you like groovy, atmospheric metal, definitely check this out.
Overall Score: 7.5
Highlights: 47 Days Later, Eventide
Posted by maskofgojira at 1:34 PM