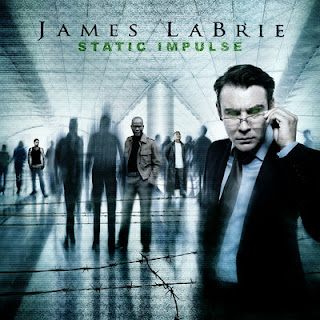 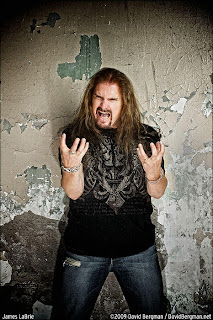 The Metal Side Of One Of Prog's Leading Vocalists.

James LaBrie is the vocalist of prog metal legends Dream Theater. There are many different opinions of him as a vocalist and what have you, but he has something that is pretty hard to come by nowadays, a unique voice and a personality. This is his second full-length solo album, following up his 2005 debut, "Elements of Persuasion."
Lets clear this up before progressing any further into the review, this is the closest thing Dream Theater fans will ever get to a metalcore record, most likely. This record is much more melodic and straightforward compared to LaBrie's main band and the songs feature guest vocals from Swedish thrash metal drummer, he drums on here too, Matt Guillory. From what I've read on the two tracks released prior to this release, most were all about disliking this track for the one matter of the yelled/screamed vocals on the tracks.
The songs on here are short and melodic, rarely moving into progressive sounds. One could easily say that this is essentially a mix of modern hard rock, melodic death metal, and groove metal with James' voice guiding these tracks along. There are elements on here that do indeed hint at metalcore throughout metalcore, but I wouldn't go as far to say that any one track could be put into that genre. While this is a vocalist's solo album, personally, I would have liked a bit more from the music, like the debut, though I have to applaud the performances of tracks like I Tried and Just Watch Me.
But onto the main man of this album, the vocalist himself. The growls on here are used sometimes as the lead vocal, mainly the verses anyway, which I understand can be a bit frustrating since it's not even James doing them, but James' on top of his game whenever he's singing. His vocal melodies on tracks like I Need You and are simply fantastic and catchy as anything he's ever done. You can't deny that his singing on here is simply jaw-dropping, his performance ranges from soft and warm, Just Watch Me, to aggressive and raspy, Who You Think I Am, to his higher voice that was a signature on early DT records, This Is War.
Overall, I think if you're looking for an easy way to get into Dream Theater, this would be a good place to start. This is nowhere near as good or original as the stuff James has released in DT, Mullmuzzler, or Frameshift, but it has plenty of good, catchy songs on it. If you like melodic metal that has elements of metalcore/melodic death metal, definitely check this out.
Overall Score: 8
Highlights: Mislead, I Need You, Coming Home
Posted by maskofgojira at 4:45 PM