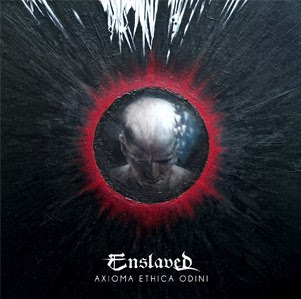 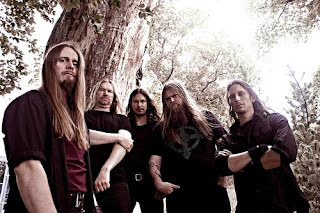 Enslaved is a progressive black metal band from Norway. Those that are aware of the band's beginnings will realize that this is a band that never did the traditional black metal, even on their debut recordings. This record is not so much a step backwards, but a look into their past from a modern perspective.
First off, to those that either haven't really given Enslaved a chance or disregard them as just another black metal band, it has to be said that there is a reason that this band is respected and held to a high standard among those that listen to them. Enslaved can never be called lazy or monotonous, always making different records and songs, they are a band that has never stayed in just one spot. In more than one way, Enslaved could certainly be called the Opeth of black metal, in a way that both bands are put among the highest echelons of their respective genres and have consistently moved into and used elements of progressive music with their own.
The statement above where I mentioned that this album is a kind of look into the band's past sound is meant to be taken in that this is more aggressive than the last few releases from the band. Guitarist Ivar Bjørnson has stated in an interview that with this album, the band wanted to include more black metal into the sound, as they thought they had gone far enough into the mellow and moody parts of their sound with the last few albums. Though, this is a fact, and this album is most certainly heavier and more aggressive, those that did find the softer and more melodic moments more appealing will still be able to find this album more than acceptable.
The guitar playing on here most certainly accentuates more of a black metal style, hear tracks like The Beacon while others hint at a slightly doomier vibe, Waruun, but even during the most aggressive parts of this album, there is always either an atmosphere or a melodic guitar part that makes it feel more appropriate, though tracks like Giants or Nightsight should really give those that found the last few releases were what they're looking for as well. Those with a fetish for actual "riffs" should hear what goes on inside Singular, a song where the title couldn't be farther from the truth.
Overall, this is just another step forward for Enslaved, and one that can be applauded by all those who listen to this. This record kind of takes a look back at their more aggressive moments, but is able to employ them without sounding like they're rehashing old material or looking for new ideas in previous work. If you like refreshing, progressive metal or rock, this is one you'll probably already have on your list, but for those that don't, check this out, it is THAT good.
Overall Score: 9.5
Highlights: Every Song Is A Highlight
Posted by maskofgojira at 7:46 PM