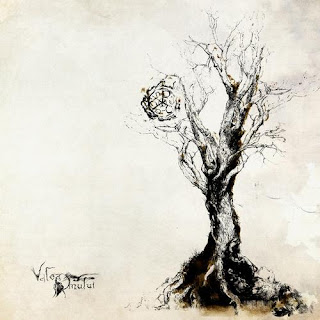 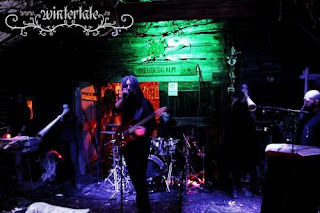 The Sound Came Down From The Mountains.

Dordeduh is a progressive/atmospheric black metal group from Romania. This is the new band formed by former Negură Bunget founders Hupogrammos Disciple and Sol Faur. This is their debut release after leaving the band in 2009.
The two songs that make up this short EP contain what some fans of Negură Bunget the true follow-up to their 2006 masterwork "Om." While the new record from Bunget took a decidedly more atmospheric and almost tribal style, this record kind of sticks with the style that was present on "Om." There are elements of the tribal and atmospheric are present on both these songs, but it still has a more black metal core sound. I think it's fairly obvious that the sound on here is very natural and both songs feature progressions that flow together quite nicely.
I would say that this record is more of a black metal release than the newest Negură Bunget, while maintaining elements of folk, progressive rock, and symphonic music. While the first track, Cumpat, is in a similar vein of the new Bunget record, being very ambient and orchestral sounding, making use of keyboards and violins over guitars; the second track, Zuh - Cu Tunetel Muntilor picks up the pace being a somewhat proggy black metal track with a nice ebb and flow to it. Despite having only two tracks that are kind of opposites to each other, a full-length can hopefully explore both separately and together in the future.
Overall, this is nice little release that should appease those that found Bunget's newest release too atmospheric or not up to their own standards. While this doesn't really do anything really new to the sound that was established by these two already, this should probably be best approached as a first release starting pad for them to only get better. If you like black metal that is able to move from meditative to blasting easily, check this out.
Overall Score: 7
Highlights: Zuh - Cu Tunetel Muntilor
Posted by maskofgojira at 12:21 AM