Returning We Hear The Larks - Ypres 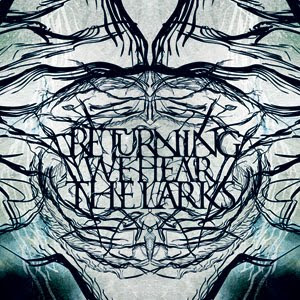 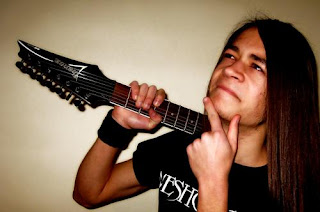 The Softer Side Of Man.

After releasing a rather underwhelming EP earlier this year, solo guitarist/songwriter Jak Noble has returned with a full-length from his project. This album may surprise those that found the EP that exact itch they were craving due to an expanded sonic palette on here. Whether you like this album or not, you really have to commend Jak for stepping out of his comfort zone with this release.
This album really explores a completely different side of the djent sound. I am aware that Jak Noble does create scores for his own independent company, and that comes through on this release. While most djent/math metal bands right now are very much based in technical musicianship and a lot of punches to the jaw sonically, this album takes the opposite approach. When listening to this album, most of the songs lay low for the duration of most of their lengths, utilizing atmospheric textures and clean guitars to set a mood. There still are several heavy sections on this album, so don't freak out and cry "sell-out" just yet, it's not that far gone.
Personally, as stated above, I found the EP that came out earlier this year pretty underwhelming, not to say it was bad, it just didn't really do anything that made me see this band as different. I now feel that after listening to this album, that I was quite mistaken, this full-length really showed me how much depth Jak can actually put into this music. This is not just djent/math metal or whatever, I would say that this album certainly has those moments in it, but has more in common with post-rock. The use of atmosphere on this album appears to come first before riffs, as the mood on here ranges from rage, the heavy parts, to mournful at the drop of a hat.
What I found to really harm this record most was the song lengths, a few of the tracks on here are too long. Tracks like IV: Of Spectres and Angels just feels too long, as half of these tracks are eight minutes long, and another being just over sixteen, but that one justifies it's length. I feel that a few of these songs could have been shaved down to maybe around five or six minutes and still had the same effect.
I cannot say for certainty that this is a concept album, but it certainly seems that way. Each track on here is linked together and also titled within chapters, further strengthening this theory. I would also definitely lend this to the music, as a constantly building track rather than several different songs, each track flows into each other and really moves like a single piece.
Overall, I can say that this album is a much more refreshing experience than Jak's previous work, and is hopefully a style he'll continue to use in one form or another. This album really shows different side to djent as it is more textural, and not in the same way that TesseracT is, a more emotional side. If you like post-rock, post-metal, djent, math metal, etc. check this out, this is unique for sure.
Overall Score: 8
Highlights: II: The First to Fall, IV: Of Spectres and Angels, V: Returning, We Hear The Larks I: A Daemon In The Hearts of Man
Posted by maskofgojira at 10:35 PM