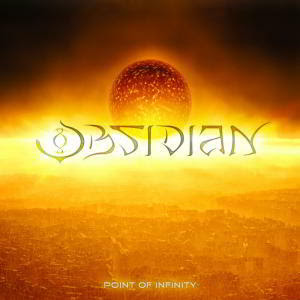 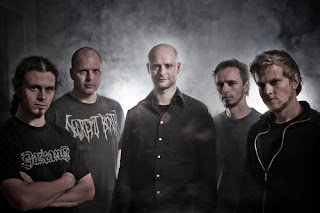 Insane In The Membrane.

Obsidian is a technical death metal band from Holland. This is the band's second full-length album and the follow-up to their 2006 debut "Emerging." This is the first "new" release to feature vocalist Robbe K., his first being a re-recording of their debut.
This record really picks up exactly where their debut left off, technical guitar work, frantic drumming, and guttural death metal vocals. The band still have that Meshuggah groove present in their sound, but also that influence from groups like Necrophagist or The Faceless that has a more technical riff-driven approach. This is a record that does not fail to put up some great intense tracks that blast you in the face, but on there are more apparent inclusions of other styles in here than on the debut.
What becomes more and more apparent as the album goes on is the inclusion of more progressive and melodic influences into their sound. This is still in no way a melodic death metal record, and a far cry from any sort of deathcore band, this is a band that is highly technical but is learning how to write more interesting songs. You'll find inclusions of melodic death metal, post-metal, and even progressive metal on here that certainly make this album more unique than the usual tech death band coming out. There is even a more prevalent use of clean vocals on here than on the debut as well, but they have more in common with post-metal singing than melodic metal.
There a more than a few times on this record that the speed dies down and more mellow sections or slower riffs come in to the fold to break up the monotony that may have existed, hear Radiating Light or the instrumental The Upward Spiral. Don't fret though tracks like Illuminate or Incinerate are focused more on the intense and technical side of the band. Though I personally believe that the title-track, Point of Infinity, shows the greatest leap forward for the band, demonstrating plenty of more progressive influences while maintaining an almost frantic approach to the playing.
Overall, I found this a welcome surprise to all the other technical death metal/deathcore groups coming out that all sound like The Faceless rip-offs. This album is a solid leap forward for the band, and a record that they should feel proud of having made. If you like technical/progressive death metal, definitely check this out.
Overall Score: 8
Highlights: Tidal Waves, Point of Infinity, Spectral Pathways
Posted by maskofgojira at 1:44 PM