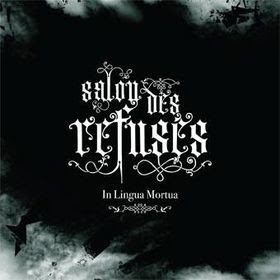 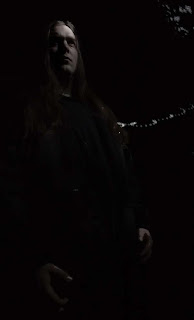 In Lingua Mortua are a progressive/symphonic black metal band from Norway. The debut record that emerged back in 2007, "Bellowing Sea - Racked By Tempest," exhibited some of the most forward thinking during that year for black metal. This is the follow-up record and has even more guest musicians on it that it's predecessor did.
For those that don't know, this is the brainchild Lars Fredrik Frøislie and this is his most experimental and progressive project. Being that he sites everything from old school death and black metal metal (Entombed, Mayhem, Burzum) to jazz (Miles Davis) to electronic (Amon Tobin, Massive Attack) as influences, you can imagine how diverse an album this is. All of those influences manage to find their way into the eleven songs on this record.
As mentioned above, there are a lot of guests on this record, and I'm not exaggerating, there are a LOT. Vocals are handled by Nefas himself along with Thebon (Keep of Kalessin) and Niklas Kvarforth (Shining, Swe.). There are also about a dozen more including Jørgen Munkeby (Shining, Nor.) on saxophone and clarinet, Jacob Holm-Lupo (White Willows) on guitar and bass, and Ketil Einarsen (Jaga Jazzist) on flute, just to name a few. I'll just come out and say that there are more than a few moments on this record where you can just get lost in everything that's going on.
It becomes quite hard to pull on song from another on here, as this record is so dense and progressively avant-garde, maybe a new genre(?!), that every song, whether it be the short two minute long A Force of Nature or the epic eight minute Like The Ocean, sounds epic in their own right. The flow to every song, and with as much going on in a single song as there is, not one song on this album ever felt too long. Having said that, most of this record is blistering and intense, there aren't very many moments where things slow down, hear Open The Doors of Janus for one of those moments.
The production on this record has to be complimented for it's pristine clarity, everything can be heard. This is a very dense record, you'll have black metal band playing with symphonic keyboards, saxophones, and weird electronic glitches going on all at once and they can all be heard quite well, listen to the opener Full Fathom Five. While this is most certainly not a squeaky clean, polished record, it's clear that everything is heard while still making it sound like a black metal record, a modern one that is.
Overall, this is a very unique record that showcases multiple styles within a single record and manages to not make it sound forced. For how impenetrable this record is, it still manages to pull of several good tracks with some catchy parts. If you like experimental or progressive music this is something you'll have to hear this year, prove how much of a good listener you are and listen to this.
Overall Score: 8.5
Highlights: Darkness, Like The Ocean, Cold Void Messiah
Posted by maskofgojira at 1:30 PM