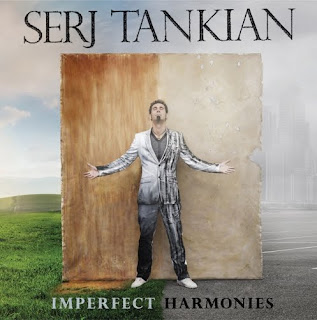 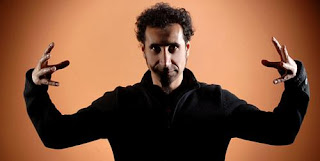 Serj Tankian is the lead vocalist of System of A Down and this is his second solo record. Following the hiatus of SOAD back in 2006, he released his first solo record "Elect The Dead," and done many tours on that record. After performing with an orchestra in more recent tours, this new album shows a broader range of influences than his debut.
From the opening seconds of this album, Serj lives up to everything he stated in interviews about this album being almost completely different from anything he had ever done. Within the first minute, you get a burst of energy from a symphonic rock before switching gears and moving into an mish-mash of electronic, jazz, and classical parts. This is easily one of the most unique records of the year; Serj has definitely created a sound that no one else has done before.
This record easily is one of the most original to come out this year, with all the above genres being mixed together, weaving in and out of each other fluidly. With a unique sound that mixes elements of electronic and symphonic, this record is also immensely textured and layered. There are little subtle things that might not be so obvious on the first listen but will come out with more listens, like the flute in Beatus or the building atmospheres in the single Left of Center. It might even turn some off knowing that Yes, It's Genocide is in fact sung in Armenian, not in English. There is also a very persistent darkness throughout this record, listen to the lyrics in Wings of Summer, to contrast the almost pop-rock sort of attitude that carries through some of these tracks.
I think that this is a record that is not as immediate as many people might expect. When listening to Serj's previous work, both solo and in SOAD, the music had a hook that was easily graspable on a first listen, the hooks are not as obvious on here, though there are still tracks like Borders Are... or Gate 21 that are easy to get into right away. Those that approach it with the mindset that you'll get a bunch of catchy songs that you can sing along to after hearing it once will be sadly disappointed; I believe that you have to approach this record with a bit more of an open mind and be willing to accept that these songs are not immediate and are filled with much more experimental tendencies.
Overall, I'd have to say that this is a very solid record where, despite being original and unique, has catchy and melodic songs. The songs are well put together and still maintain a short pop structure for the most part, so there isn't a lot of wanking off with big orchestral interludes or whatever on here. If you're into experimental rock music, you probably already know Serj, but even this might test you're listening skills, if you're up to it, check this out.
Overall Score: 8
Highlights: Deserving, Electron, Left of Center, Wings of Summer
Posted by maskofgojira at 6:50 PM