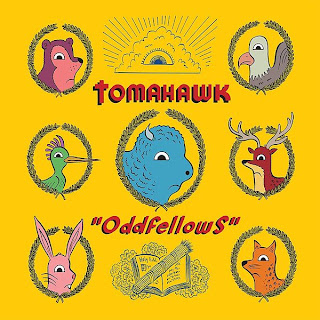 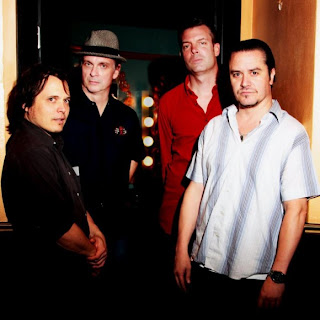 Big surprise here, I'm a huge Mike Patton fan. There really hasn't been a release from him that I haven't liked (though I certainly still have my own preferences towards some projects/albums over others), and he is probably my favorite musician of all time, so me reviewing this was inevitable. I've been awaiting a new rock/metal album from Patton for years and with this I've finally gotten it.
Now, if only to complicate things, I have to say that among Patton's various projects, Tomahawk was never one of my favorites from him. I've never disliked the band at any point, and I think they write some really good songs, but in terms of writing complete albums, I've always felt that they've come up a bit short, making really great single songs but not albums. They didn't weren't weird or experimental enough to match Mr. Bungle or Fantômas and their songs never quite stood up to those from Faith No More, but I read an article about this record before it was released where the writer had said that this album featured songs that conjured memories of the big choruses that Patton provided for FNM. That obviously got me excited. So, after listening to this I had to question whether that article was true or not, and, for the most part, I actually do agree with it. I mean, Faith No More is my favorite band ever and it's hard for anything to ever match the strength of those songs in my mind even from another Patton project, but a good portion of these songs do match up quite well. I remember listening to the album's first single, Stone Letter, when it was first released and getting really excited about this album because that song had everything that I enjoyed from the project. It was short, punchy in delivery, and had a big soaring chorus that I could hear hundreds of people just singing along to at a concert.
With that being said, no album from the band has contained all short bursts of energy like those. They all have tracks that just drive forward with that punk energy (Flashback or Rape This Day for example) but the band has yet to put out an entire album of tracks like those. So there are tracks like the eponymous title-track which is a more moody track that recalls guitarist Duane Denison work in his old band The Jesus Lizard with it's off-kilter riffs and pacing drum work. Then there's songs like A Thousand Eyes or Typhoon which bring out more of that atmospheric side of the band that recalls a more surf rock vibe that anything rocking, but unlike their previous albums where I had felt like the slower tracks didn't match up to the faster ones, on here I felt like they were actually just as good. But for me it's always been those faster and more intense tracks that I find myself returning to the most, so tracks like the soaring White Hats/Black Hats or South Paw were where I found most of my attention being drawn to. Possibly the weirdest track on here is the sparse dustiness of I Can Almost See Them, which really paints an odd picture in the listener's mind (or at least mine) of those old Ennio Morricone western scores. I really stands out on here and is quite an odd little track. Frankly, this is the strongest collection of songs I think the band has ever put together. Whether that's due to the addition of Trevor Dunn on bass and his relationship with Patton or just the band making a conscious decision to write more straightforward and anthemic songs, I don't know, but it resulted in their strongest release to date.
I'm not sure I could sum up my thoughts any more clearly than I just did in my above sentence but to wrap up I guess I could say that this was a little surprise for me. No matter what I may have expected, or wanted from this album, it did give me something different, and I'm always grateful for that. Maybe not for the uber heavy fans out there, but if you like interesting rock music, definitely give this one a spin or three.
Overall Score: 8
Highlights: Stone Letter, White Hats/Black Hats, Waratorium
Posted by maskofgojira at 11:05 PM