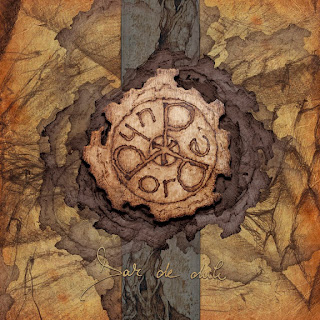 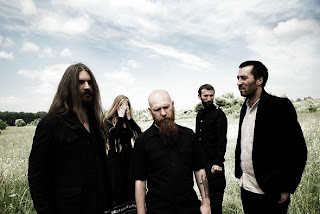 Obviously with the separation of Hupogrammos and Sol Faur from Negură Bunget several years ago scared many fans into thinking that band was done. Shockingly enough that band bounced back with (in my opinion) a really great album, and then it was announced that Hupogrammos and Sol Faur were forming a new group, the pressure was high as to whether it would live up to their work in the aforementioned band. The two song Valea Omului EP did bring with it a lot of promise but it was this full-length that would ultimately prove if the band were up to par.
Somehow the fact that opener Jind De Tronuri set the pace for the rest of this record isn't as surprising as the fact that the majority of the rest of the record actually manages to match this massive track. As an opening track, it really should get your attention, if not for the fact that it tops sixteen minutes, then for the fact that it has everything you'd expect from former members of Negură Bunget and more. For me, while that band has always been progressively inclined, I think that Dordeduh exceeds them in the capacity of writing songs that are winding and interesting. There isn't as apparent an of a focus on atmosphere, though it is certainly a major part in this band's sound, the songs don't dwell in pools of ambient and field recording based sections. More often than not, Dordeduh wound up sounding more like early-to-mid period Enslaved than Negură Bunget, at least from my perspective, with their sound being far more riff based and with plenty of vocal chants that sounded eerily reminiscent of the whole "viking metal" kind of style. Despite all that, the track managed to end on a note that was, perhaps the most surprising of everything else in it, somewhat uplifting. It did not retain the darkness and foreboding nature it had at during it's introduction, but moved into a completely different realm all together - which is what I'd call great songwriting right there.
It should come as not surprise that the rest of the album proves to be just as diverse as that one track. With a personal highlight coming in the form of the softer, psychedelic E-an-na, which is a very atmospheric track that never really bursts into a heavy part but keeps things interesting through tempo changes and synth passages that are top notch. The inclusion of bass-led passages, more folk driven interludes, symphonic synths, and riffs that dance between being traditional black metal and more progressively inclined are sewn throughout the entire album, and it's a treat to listen to each song because so many ideas are thrown into each one. The extended versions of both Cumpăt and Zuh are very well done on here as well, both making use of their elongated time frames expertly. I thought the originals from the band's EP were well done but here they feel even more fleshed out with the latter being almost twice as long with a great folk interlude being used as a bridge and it's just great.
The band have definitely succeeded at writing an album that sets them apart from their former group while still maintaining all their hallmark traits. It's the type of record that I could see working for older fans and newer fans equally. If you're a fan of progressive and atmospherically inclined black metal this is an album not to pass up.
Overall Score: 9
Highlights: Jind De Tronuri, E-an-na, Zuh
Posted by maskofgojira at 3:40 PM