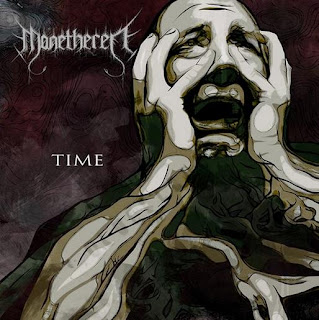 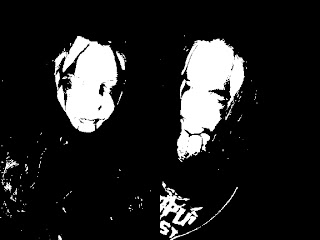 I had first heard of this project when I got an announcement about Debemur Morti several months back. I had never heard of the band before that point and was pretty interested in what they were going to sound like. The reason it's taken me forever to finally write a review on the album is simply because the album is long.
Being my first time with the band I wasn't quite sure what the outcome of these lengthy tracks was going to be like. It could go any number of ways, granted when I looked them up it did tell me they were categorized as an "atmospheric black metal" band - but still, that doesn't give a precise indication of what's in store. After reading a few reviews about the album here and there, I've gathered that this is somewhat of a new direction for the band after doing some more traditional sounding material and is them taking up a more modern sound. Listening to the album, it certainly wouldn't be out of place in the collection of someone who enjoys the whole post-rock influenced black metal scene. It'd fit in nicely between a collection that included both Lantlôs and Midnight Odyssey, and sonically it does sort of fit between them as well. Essentially what you have here are all the trademark ideas found on both sides of the spectrum, meaning you have extended ambient intros, post-rock interludes, black metal sections that are repeated in the usual hypnotic fashion, and vocals that are howled from the abyss (or the bottom of someone's basement - you decide). Make no mistake though, while I may be saying that none of these ideas are original in the slightest, they are by no means badly done on here.
The fact that all but one song on here tops ten minutes is a hump that was not easy for me to cross - and I like long songs, but time wise didn't exactly make it the easiest of albums to listen to from start to finish. I'll give the members of the band credit because they certainly do know how to write songs that move forward, I don't recall ever being bored while listening to the album. I think that several moments on here express some rather expertly crafted post-black metal, and would rank them among the best things I've heard from the genre. Unfortunately they are just moments and they are surrounded by well crafted, but ultimately standard, ideas. I thought that a track like V did a good job at bringing in some nice ideas that channeled a bit more interesting influences and did them in a pretty decent and abstract enough way to grab me, but everything before it just felt rather pedestrian and average. I guess I shouldn't complain about the whole thing though, the bass work on here is rather well done. I thought that it really came through in the mix in a nice way that allowed it even lead the song on several occasions.
I think that there's definite talent in here, but the band definitely do need to try and rid themselves of all the filler they try to stuff into their songs. There were several spots on here that made me think that if those bits were expanded upon or experimented with, these guys could really come out with something really interesting. But in regards to this album, there's something for whatever type of black metal fan you happen to be, but you really will need an attention span for this one.
Overall Score: 7.5
Highlights: II, VI
Posted by maskofgojira at 6:40 PM