Over the past two to three years, I've been following the musical projects of a Mr. Tim Yatras. After first hearing the last Austere album, To Lay Like Old Ashes, back in 2009 and then finding out about Grey Waters' EP, Below The Ever Setting Sun, in 2010 (a release which was in my top 10 EPs of that year), I'm somehow become a fan. I've had these Germ releases for a while and have been meaning to cover them for just as long, but as many people will know, life gets in the way, and now is the time I've finally been able to make room for them. First album is reviewed from 1-10, the EP is reviewed from 1-8, as usual. 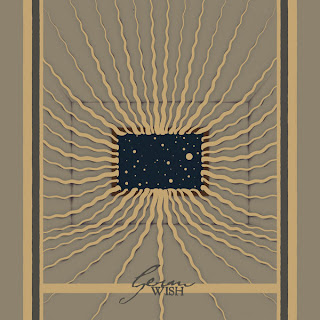 The first time I heard about this project from the press release, I was quite intrigued. While Grey Waters didn't seem like a huge deviation from the route that Austere was moving into on their last album, this one really took me by surprise on first listen. Taking black metal into the realms of pop and electronica are definitely not what I expect at all coming in.
I've read a couple of reviews and comments about Yatras' clean vocals not really being all the well done, but personally, I think they fit what he's doing quite well. Sure, he's no Halford or Dickinson, he's not even a Phil Collins, but very few people are up to that level anyway. Personally, I'd take his clean singing over his screaming, but that's just me. As for the actual music on here, as I mentioned above, it's a weird fusion of black metal with experimental pop and electronica. Basically, it's what might happen if you were skipping through various stations on your car radio and you're flipping between Burzum and Darkthrone on one end and Katy Perry and Hannah Montana on the other. It's the best of both worlds (and yes I do know that's a cheap gag). Granted, you are on the pop station more often than the metal one. It also has to be said that even though I mention current pop icons like Miley Cyrus/Hannah Montana and Katy Perry, the electronics used on here are far less obnoxious and dull - if you couldn't figure that out already. I will argue that Asteroid of Sorrow is one of the best songs I've heard all year, it's got a great wall of sound style of production and chorus is just huge, and for that song alone, I think the album is good. While the rest of the album never reaches that same level of sheer pop accessibility, it does amp up some of the more atmospheric elements while adding more howled vocals. I don't think it's a great album, but there's a lot of promise in here for what could become a fantastic project in future releases.
Overall Score: 8
Highlights: Asteroid of Sorrow, Breathe In The Sulphur/A Light Meteor Shower, Your Smile Mirrors The Sun 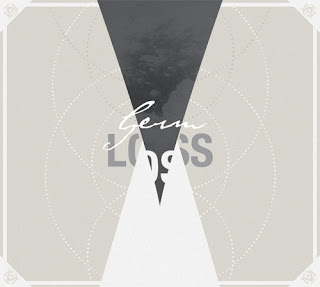 After the above album really surprised me, I wasn't really sure what this EP was going to have in store for me. Honestly, I was taken aback by opener My Only Hope. It's a very strong opener that hits hard by opening very quietly and then smacking you in the face when it erupts. The rest of the album then continues in much the same styles experimented on in the full-length, but with a stronger symphonic touch added into many of the tracks. But, the one track that stayed with me long after the album ended was the shortest piece on the entire album, Only When Every Timepiece In The World Is Smashed II. Within this small song is evidence of how this project could really become special. It is not metal in the slightest, but instead lives in a realm that exists somewhere between atmospheric electronica and neo-prog rock. In the end, I have the same problem with this EP as I did with the above full-length where there's definite talent, but the albums themselves are just a little too inconsistent for my own liking.
Overall Score: 7
Highlights: My Only Hope, Only When Every Timepiece In The World Is Smashed II, Cold Grey Dawn (A New Beginning)
Posted by maskofgojira at 11:28 AM