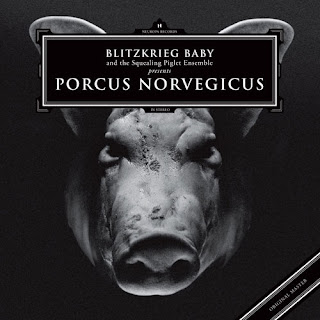 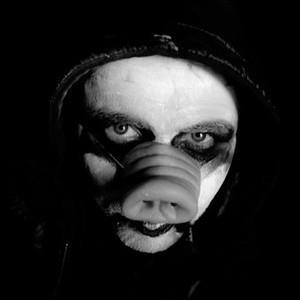 Over the past year or so, I've been lucky enough to become aquainted with Kim Solve. I think he's done really great things with his label Adversum and so when he sent me this new project of his, I was definitely interested in hearing what it was. He also managed to gather some really good and interesting musicians to play with him on this album - which always helps entice me.
Based on the material that Kim releases under his label, I was expecting this album to be some really freaked out industrial metal project, but when I finally listened to it, I was surprised to hear almost nothing that I had imagined. This is, for the majority of it's running time, a pretty heady industrial record. Not industrial rock. Not industrial metal. Just industrial, with plenty of ideas coming in from dark ambient and noise music as well. The album just brings that sort of early industrial edge that one would find in a project like Pigface or even earlier and purer like Coil. It's dark and edgy without conforming to set heaviness or aggressive tendencies, choosing slower beats and droning noises to create an eerie and bleak atmosphere. The members who comprise this project (which happen to include Bjeima, Plenum, Anders B., and Alan Belardinelli definitely know how to convey a sense of menace, with a track like Stalker being quite creepy and unsettling in it's use of monotony. Allowing the beat to pound continuously while the synth and strings rise and fall in harmony and dissonance. At times this sounds more like a score to a really deranged horror movie (think Gnaw Their Tongues but a lot clearer and less noisy) than any sort of straight-up industrial based project.
All that being said, that isn't to say that the record doesn't have it's moments of avant-garde tendencies. Short interlude tracks like Disneyfied, Delirius and HIV+ or Amputease bring me fond memories of groups like Idiot Flesh or early Mr. Bungle recordings the use of carnival sounds would run rampant. The addition of the early Nine Inch Nails or Ministry styled track Fuck Me Like You Hate Me will certainly be the gateway many fans will find into the album, as it was mine, because it is a more direct and intense type of song that isn't as quite so abstract. There are times when I'm reminded of power-electronics during some of the noisier moments on here. The album never reaches that same level of "rock" aggression after that track again, and so that might deter you from listening, but I do think that this is interesting enough to hold you attention even if you're not much of an "experimental" listener and do prefer heavier pastures. The more atmospheric passages, honestly, I doubt will appeal to the "strictly metal crowd" but I think that even if you can't get into those sort of tracks, the more orchestral based tracks like the aforementioned Stalker or Slasher could appeal to their sense of darkness and weightiness from music.
It certainly isn't what I expected to hear from Kim, but it does keep in line with the set of releases he's been a part of in the last couple of years. It's a record that keeps you on your toes because it the next song could very well sound like a completely different group. If you're interested in dark ambient music, industrial music, or even film and game scores, definitely give this a listen.
Overall Score: 7.5
Highlights: Pig Boy, Fuck Me Like You Hate Me, Slasher
Posted by maskofgojira at 6:25 PM